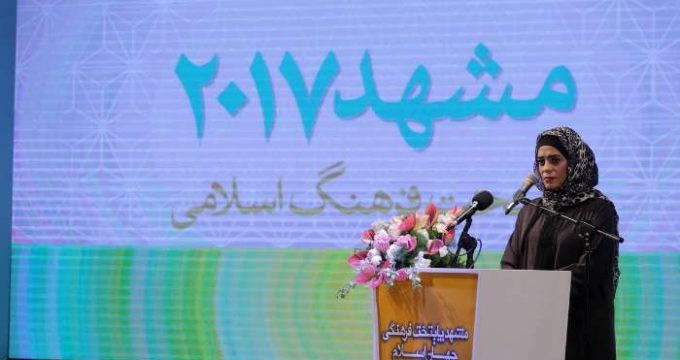 IRNA – Deputy Director General of Islamic Educational, Scientific and Cultural Organization (ISESCO), Amina al-Hajri, said on Tuesday that civilization and history of Mashad caused election of the city as cultural capital of the Islamic world.

Hajri made the remarks on the sidelines of inauguration ceremony for Mashad Event as cultural capital of the Islamic World.

Al-Hajri told IRNA that Mashad was the most suitable choice for the purpose scientifically and due to its Islamic civilization.

She added that the ISESCO made the choice to implement programs for strengthening unity among Islamic Umma.

Al-Hajri appreciated Iran’s close cooperation with the ISESCO and expressed hope that such support and cooperation could be continued.

The ISESCO senior official expressed hope that the city could turn to permanent cultural capital of the Islamic world.

Minister of Culture and Islamic Guidance Reza Salehi Amiri, international characters and domestic officials in Mashad were present in the inaugural ceremony on Tuesday morning.

The 57-member ISESCO is affiliated to the Organization of Islamic Conference (OIC). Since 2011, the ISESCO has been introducing three cities in Africa, Islamic and non-Arab Islamic states as cultural capitals of the Islamic world annually.

The ISESCO designated Mashad as the cultural capital of the Islamic world in Asia for 2017.