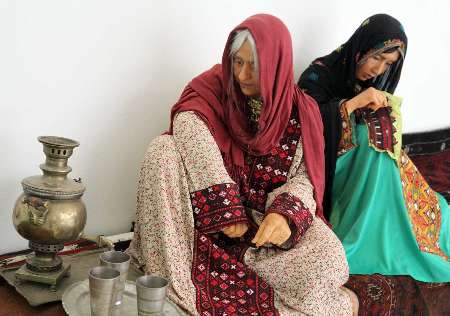 IRNA – The anthropological Research Center of the Institute of Cultural Heritage and Tourism (RICHT) implemented nine research projects in the field of archeological studies, including the indigenous silk industry project, honored by the International Photo Festival of Japan.

RICHT Public Relations Office quoted Head of the Anthropology Institute Alireza Hassanzadeh as saying the projects are part of the plan for comprehensive sustainable development in anthropological studies, the specialized and applicable programs of human knowledge and anthropology of the Institute of Cultural Heritage and Tourism the results of which are ready now.

He said among these projects are: ethnography projects of Shadegan (Farhad Varahram), folk music of Khorasan (Behrouz Vojdani), the role of social responsibility in the management of water and wastewater in tourism industry (Majid Golpayegani), anthropology survey of margin dwellers of the city of Tabriz (Asghar Izadi Jayran).

Alireza Hassanzadeh further remarked that projects such as preparation of a documentary on the indigenous silk industry (Babak Sadiqi), anthropology of the religious Alam Vachini ritual (Azar and Nader Suri), the traditional medical vocabulary databank of Iran (Farid Qassemlou), encyclopedia of Iranian ethnic groups; Sistan and Baluchestan (Musa Mahmoud Zehi) and review of the native anthropological discourse in Iran (Mehdi Heydari) are among other projects that were implemented by the Institute in 1394-1395.

He concluded by saying that Babak Sadiqi’s project under the title of ‘indigenous silk industry’ was honored at the International Photo Festival of Japan.