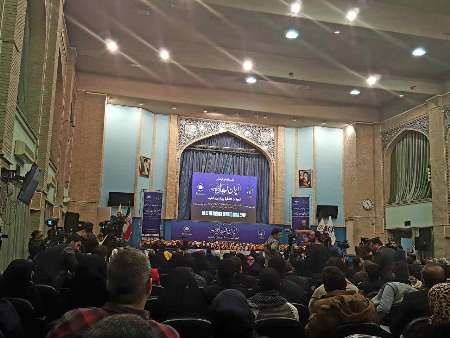 Iran-Arab world dialogue is a must: Omani activist

January 23, The Iran Project – An Omani media activist has stressed the necessity of the talks between Iran and the Arab world in today’s world.

Speaking to a reporter on Monday on the sidelines of the First International Conference on Iran-Arab World Cultural Dialogues on Moderation and Rationality, Mostafa Mohsen, an Omani media activist said, discussing issues facing the Arab world and Iran is only possible through scientific and cultural exchanges.

Today, creating division between Sunnis and Shias is the plot of Islamic countries’ enemies, Mohsen noted, noting that the only way to deal with this conspiracy is the expansion of scientific and cultural exchanges.

He went on to say that holding such meetings is one of the ways to develop scientific and cultural exchanges, adding the presence of Arab countries scholars in Iran is a proper opportunity to confront the conspiracy of our common enemies, relying on our historical and cultural commonalities.

The meeting, attended by 85 Arab elites from over 10 Arab states, opened in Qom on January 21 and its closing ceremony will be hosted by Mashhad on January 24.