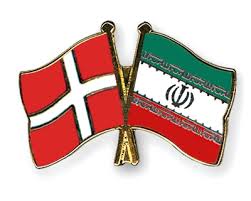 Denmark arrests six over attack on Iran embassy in Copenhagen

Press TV- Danish police have arrested six people who had earlier scaled the walls of the Iranian Embassy in Copenhagen, in an attack that elicited a strong protest from Tehran.

The arrests were made on Thursday after the six, described as four Iranian expatriates seeking asylum in Sweden and two others holding Swedish residency, violated the Iranian diplomatic premises in the Danish capital.

The incident saw the invaders entering the mission’s courtyard earlier in the day, putting up profane placards and forcing down the Iranian national flag from the flagstaff.

Following the incident, Danish Ambassador to Tehran Danny Annan was summoned to the Iranian Foreign Ministry, being notified of the Islamic Republic’s protest over the attack.

Ministry Spokesman Bahram Qassemi said Tehran had roundly criticized the attack by the “anti-revolutionary elements,” calling it in contravention of international regulations and demanding that the Danish government expeditiously address the affair.