A Look at Iranian Newspaper Front Pages on January 16

Iran Front Page- Newspapers today covered the remarks made by Ali Akbar Nateq Noori, a senior conservative politician and an old companion of Ayatollah Akbar Hashemi Rafsanjani, in a memorial service held for the late chairman of Iran’s Expediency Council on the seventh day after his demise.

They also highlighted the press conference of Abbas Araqchi, the Iranian deputy foreign minister and a nuclear negotiator, on the first anniversary of JCPOA implementation.

4- 130 Tons of Uranium Will Be Imported to Iran Soon 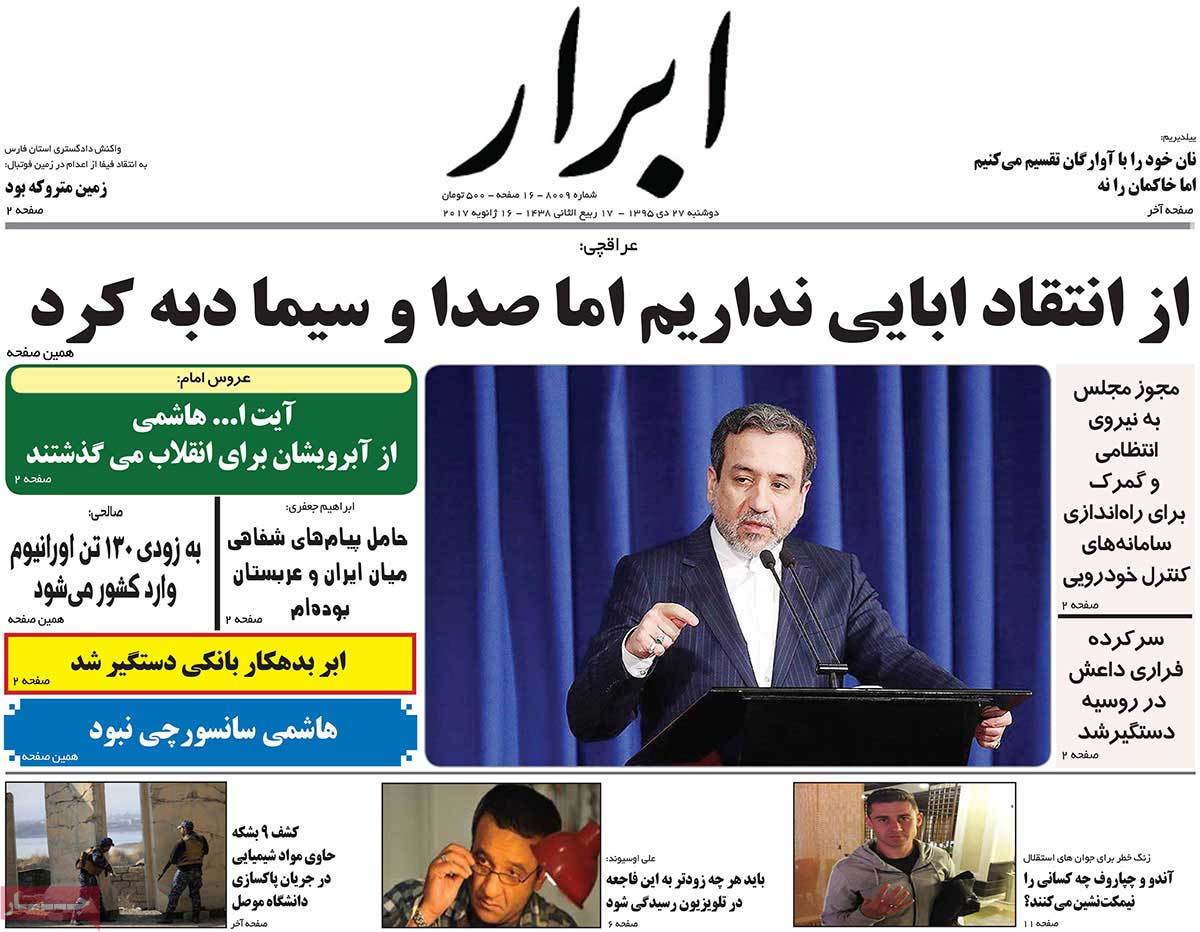 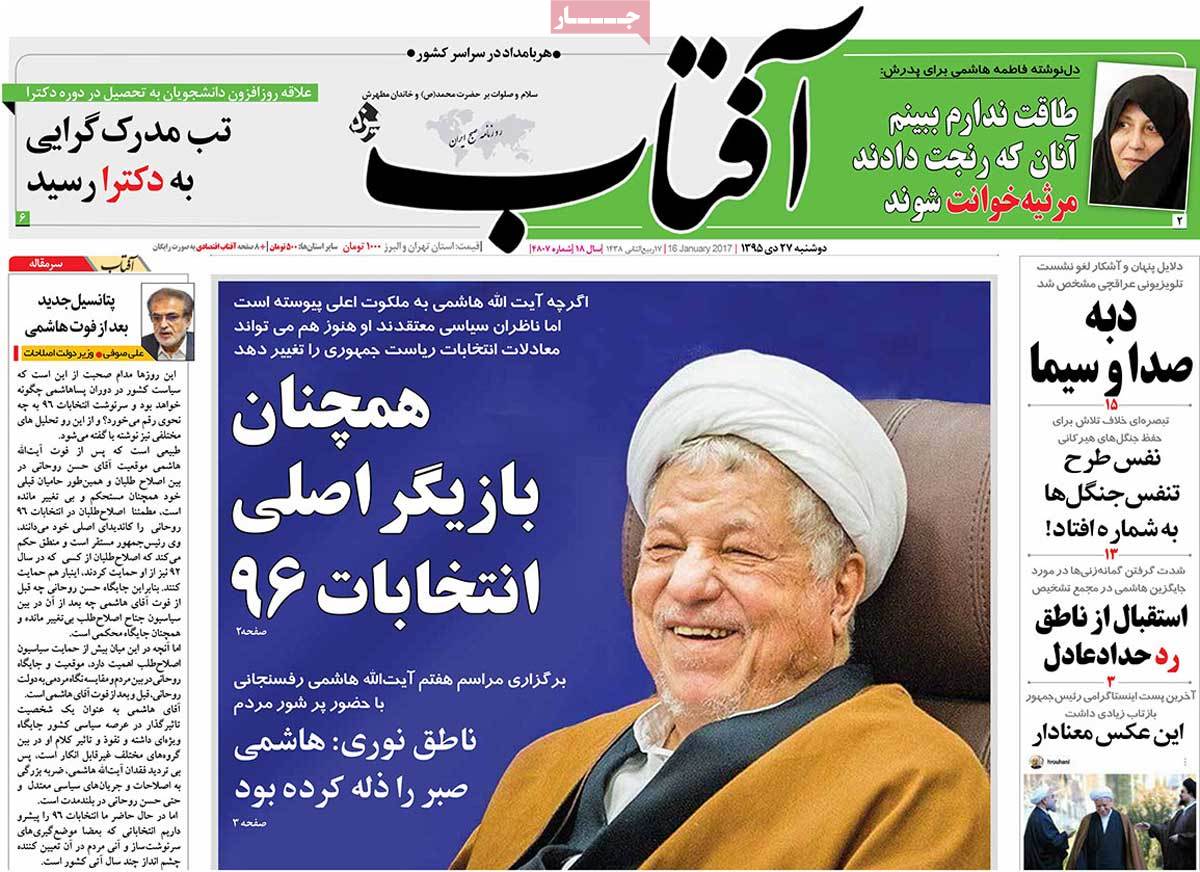 1- Ayatollah Hashemi Rafsanjani Is Still Alive: People’s Massive Participation in His Memorial Service on 7th Night after His Death 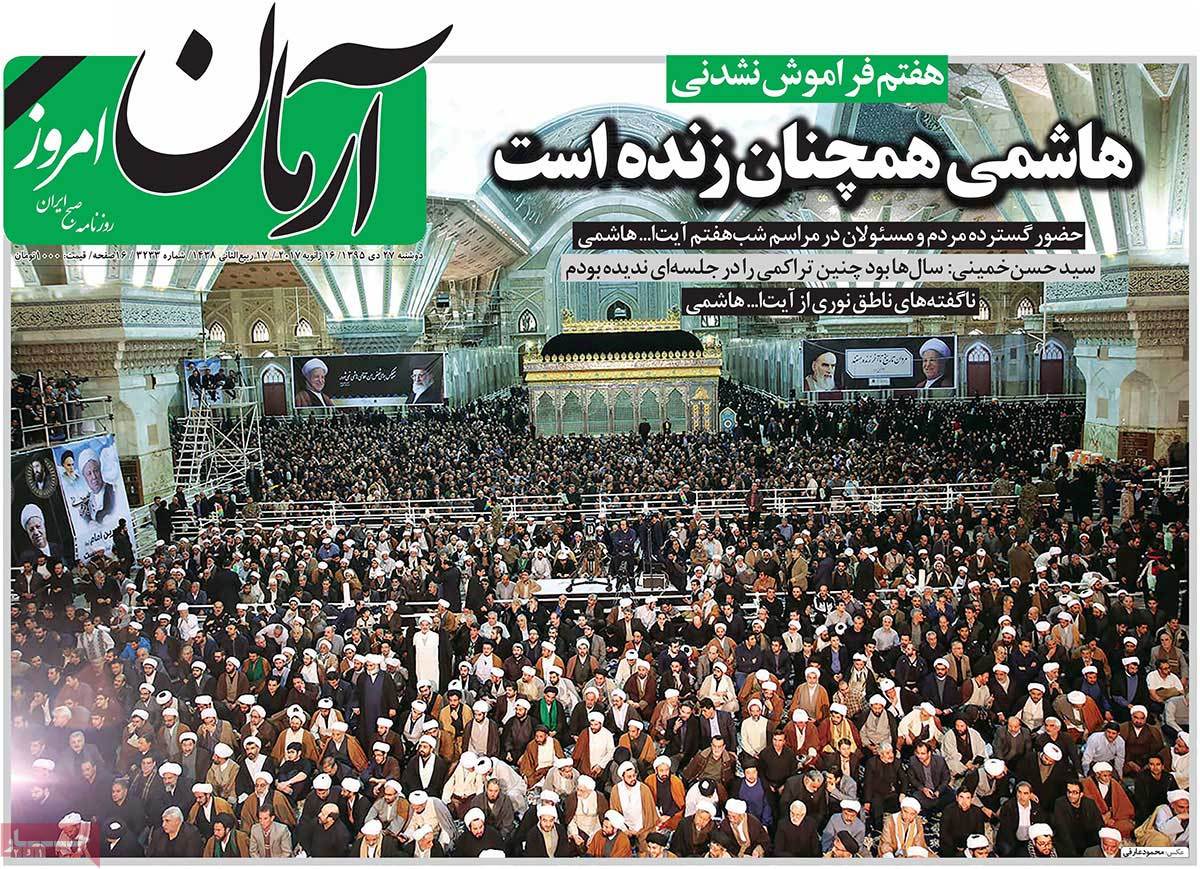 1- We Should Consider JCPOA as Result of Iranian Effort: Deputy FM Araqchi in First Anniversary of Nuclear Deal Implementation 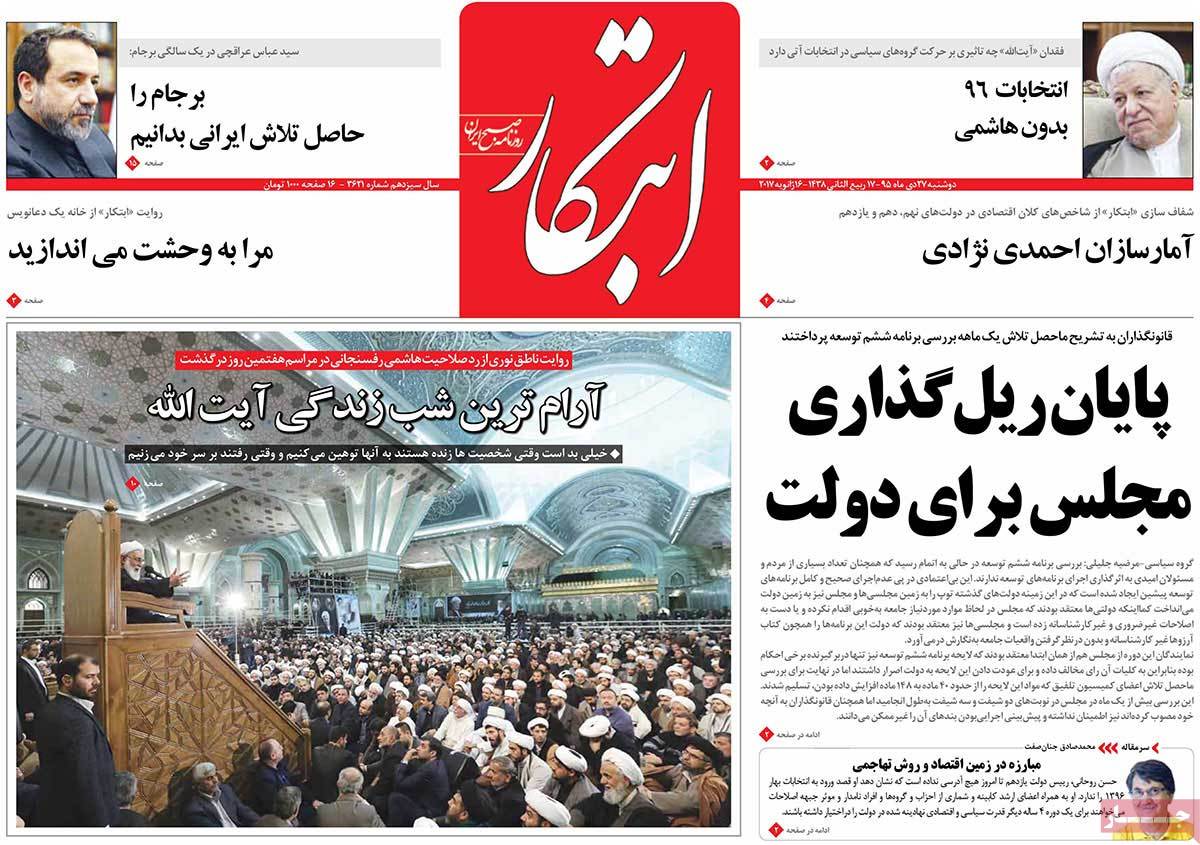 1- Air Pollution Is Third Cause of Death in Iran: Official 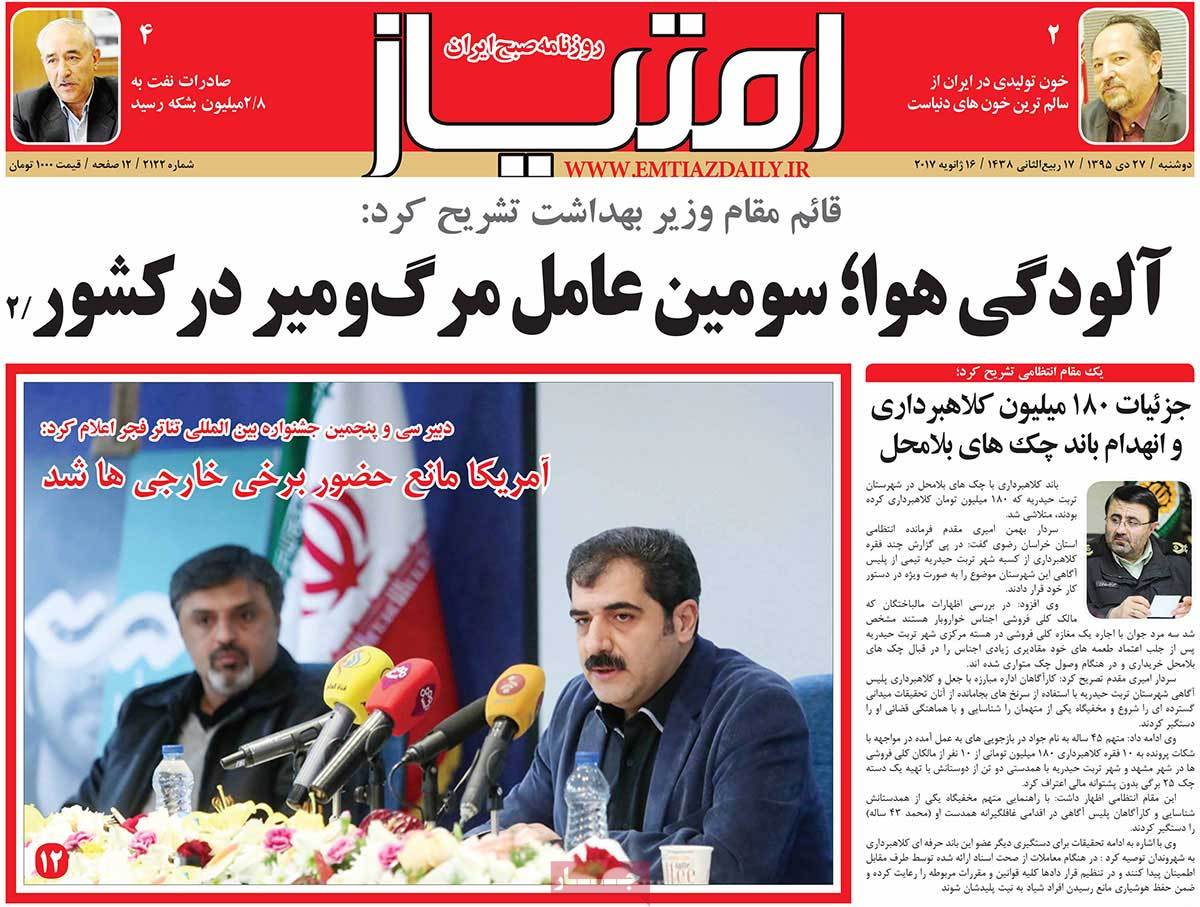 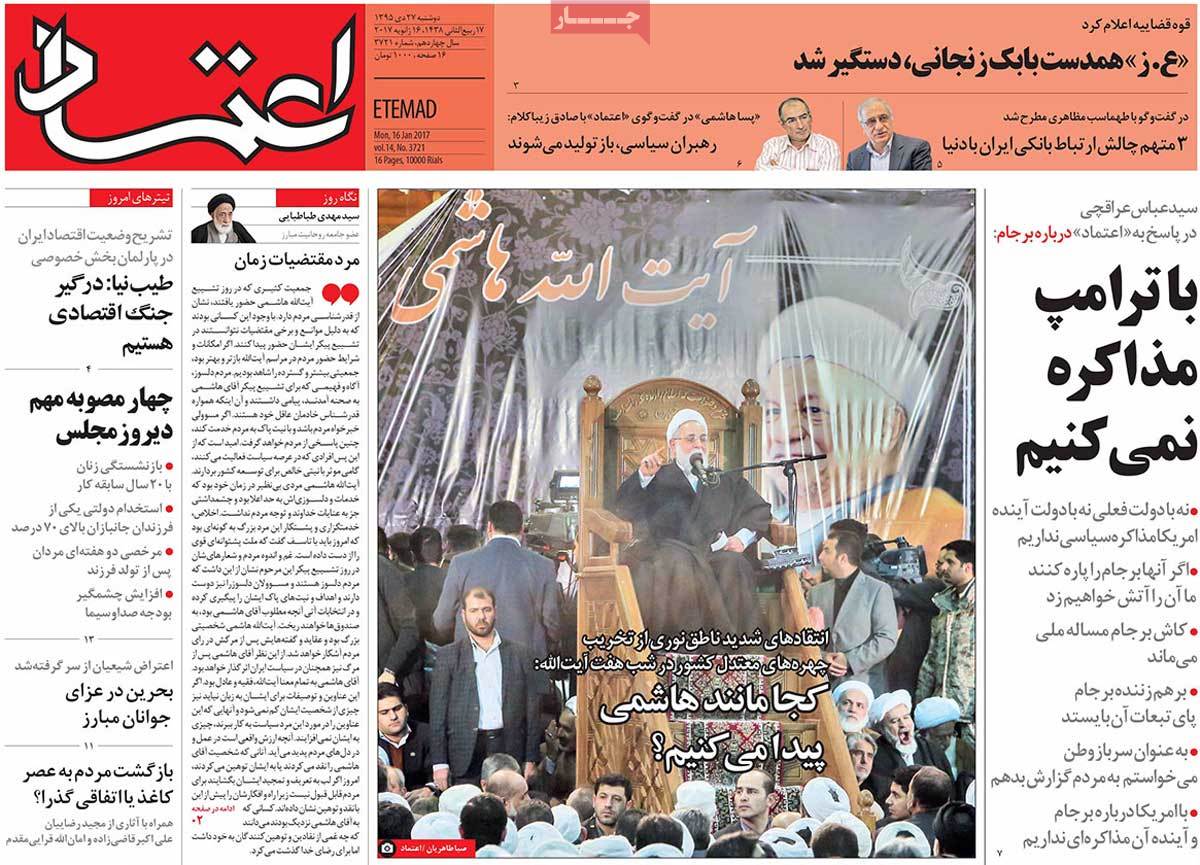 3- President: Iran Ready to Cooperate with Other Countries in Fight against Terror

4- Charter on Citizens’ Rights, a Demand that Had Been Forgotten 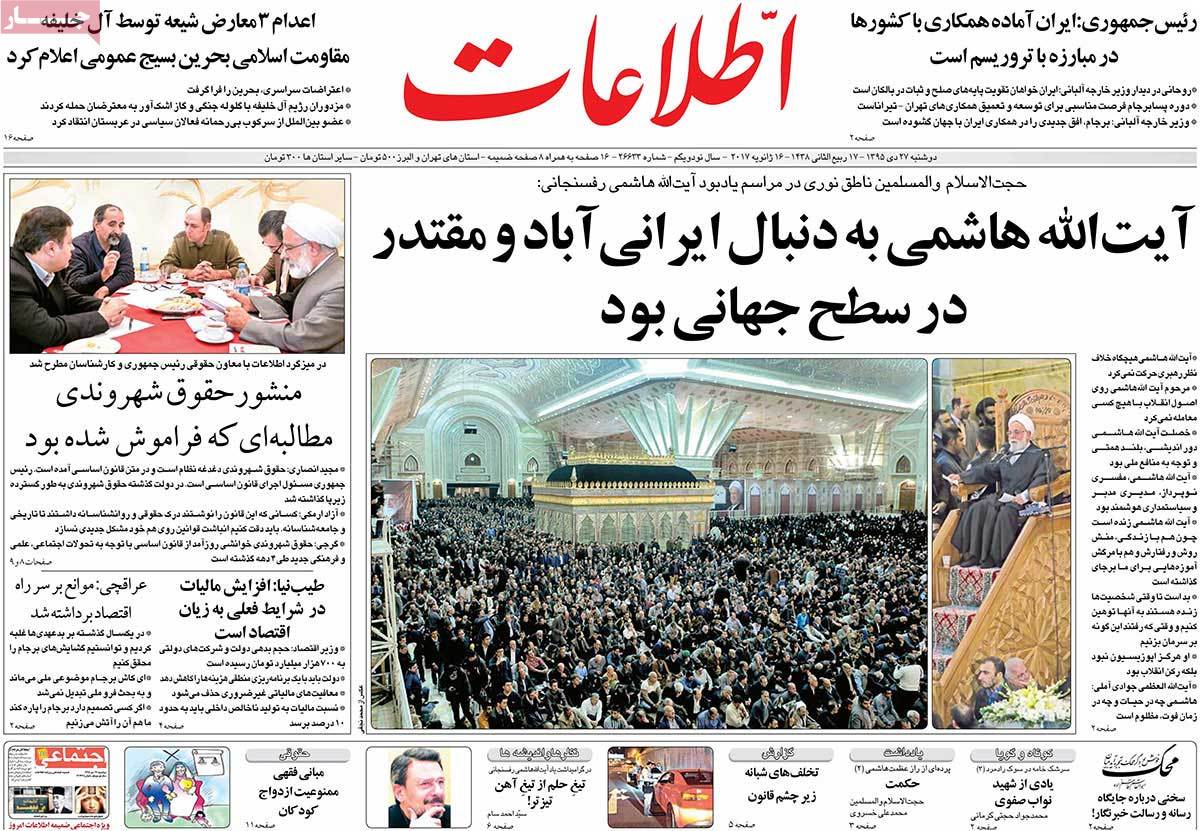 1- Fever of Saint-Exupéry’s ‘Little Prince’ in Iran Making It Platitudinous: 15 Different Translations of the Book Have Been Published This Year, Increasing the Number of Farsi Translations to 73 in Past 60 Years!

2- Telegram Messaging App Serves as a Thermometer: Ranking of 15 Telegram Channels with Highest Number of Members in Iran Show How Much Iranian People Are Interested in News and Politics 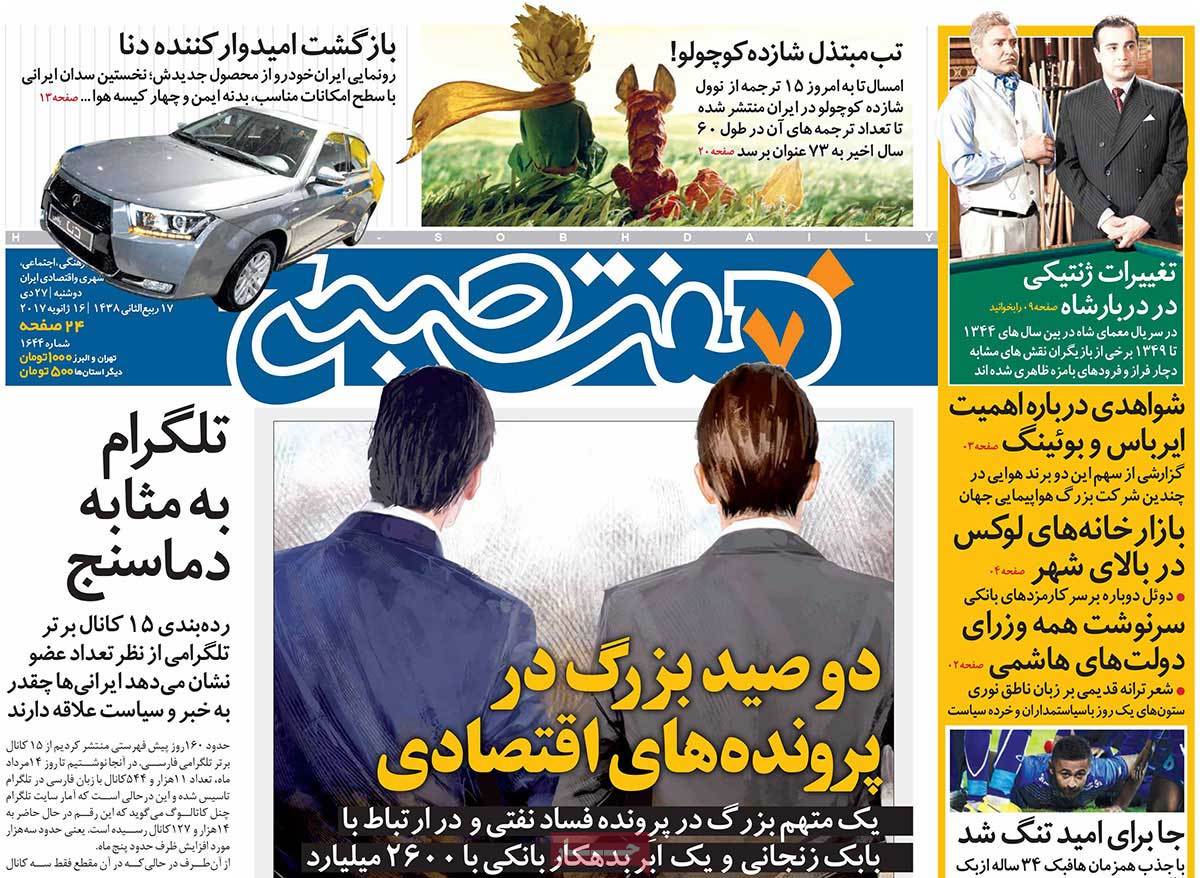 1- Argue with Each Other, but Don’t Raise Accusations: Senior Conservative Nateq Noori’s Advice to Reformists and Conservatives in Memorial Service for Ayatollah Rafsanjani 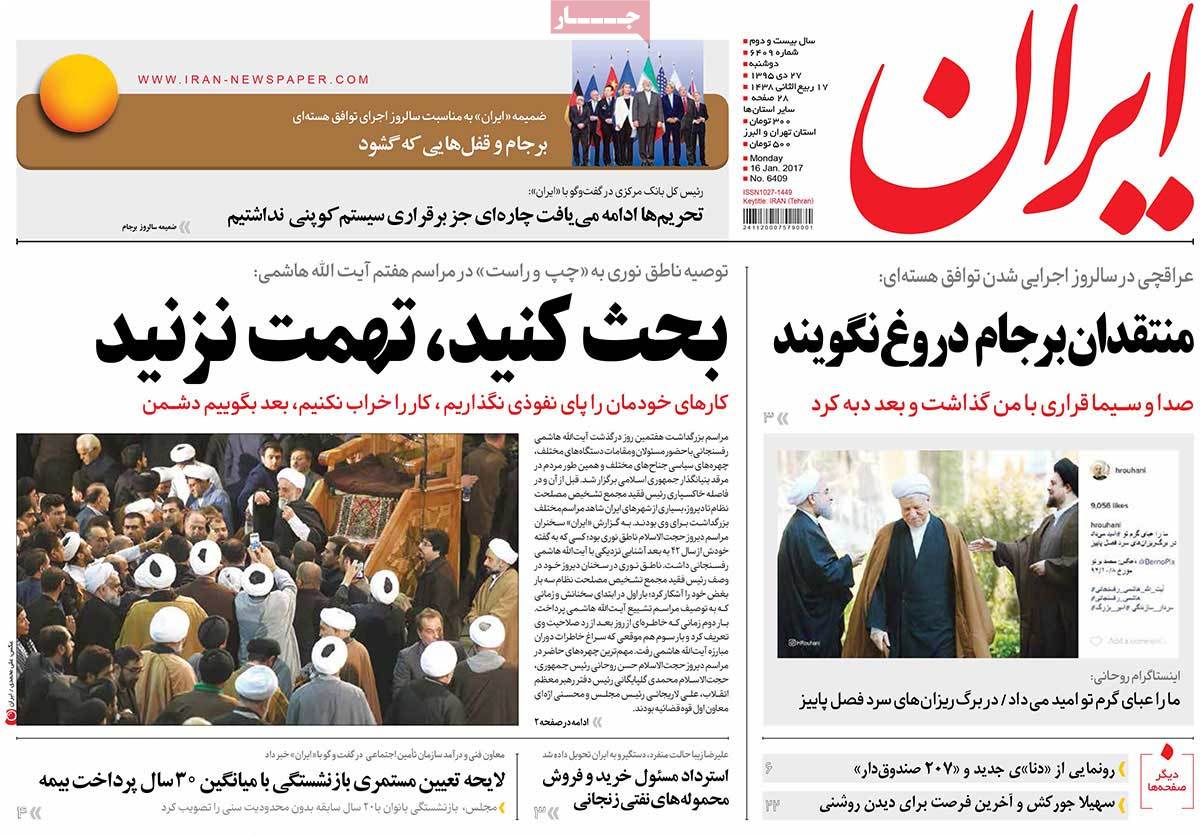 1- Immediate Achievements and Promised Outcomes: A Review of JCPOA Implementation 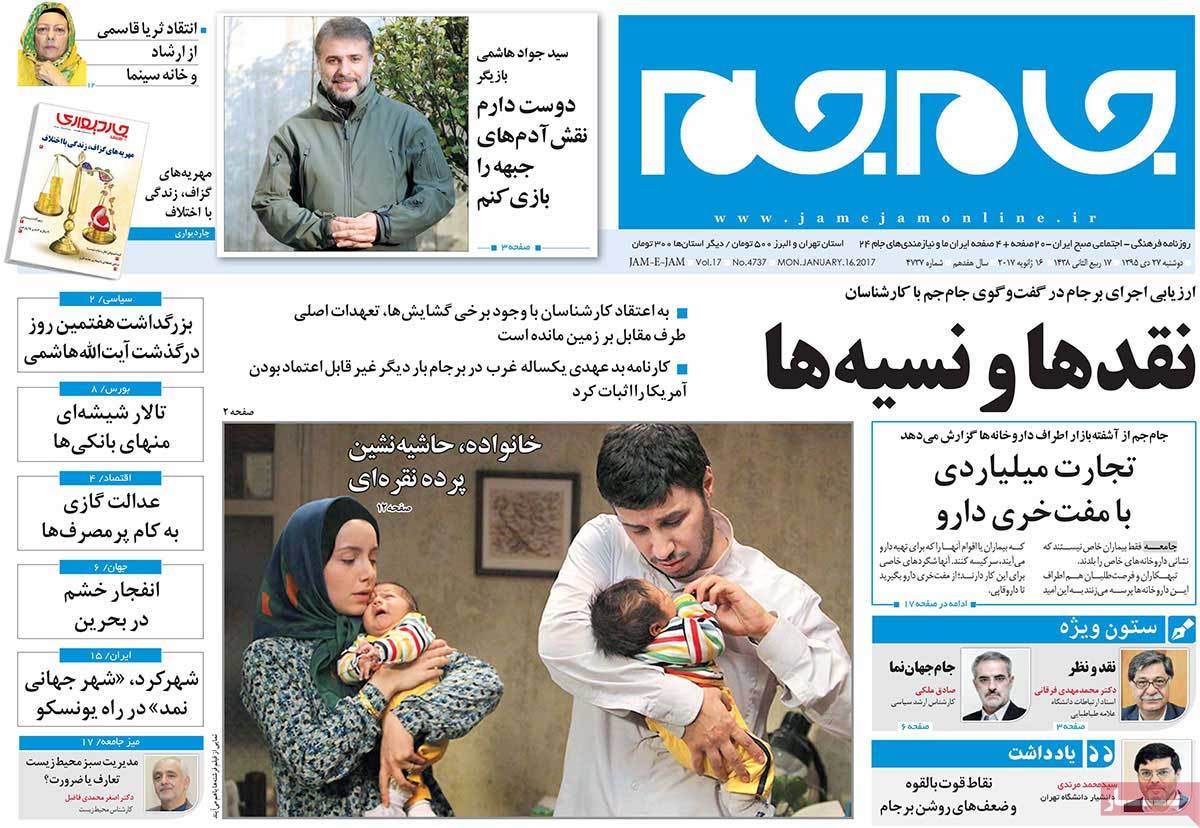 1- Bahrain on Verge of Explosion 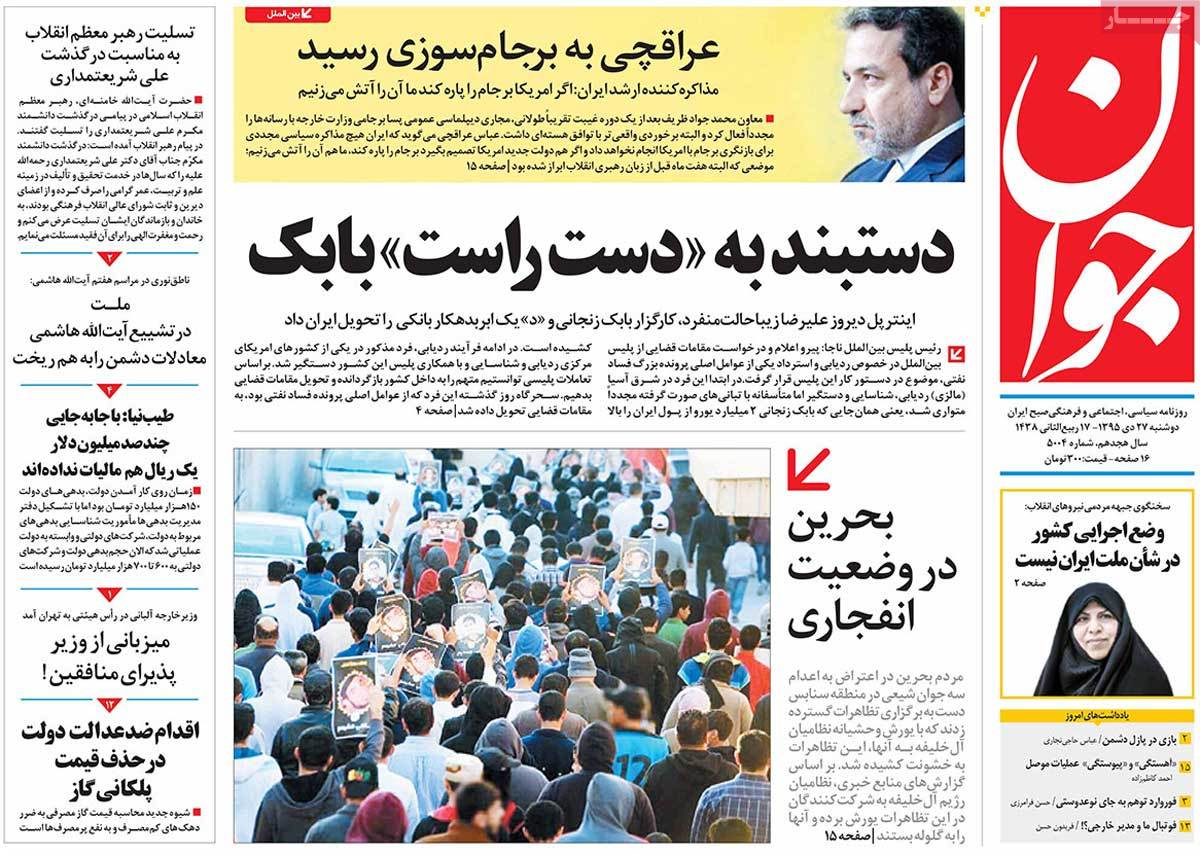 3- EP Member: Terrorist Attacks in Europe Result of Our Support for ISIS 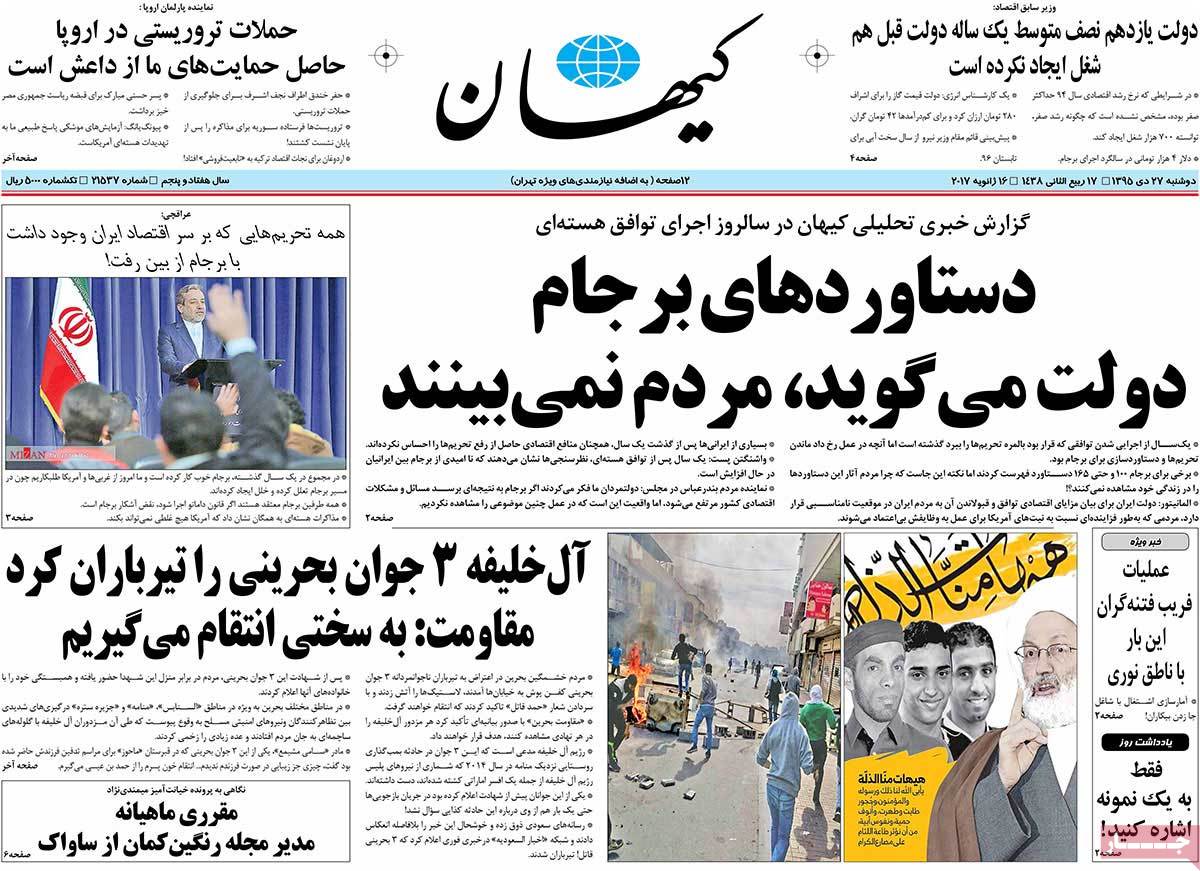 1- Women’s Retirement Facilitated: Parliament Approves a Bill that Allows Female Workers to Retire with 20 Years of Service without Any Age Limit 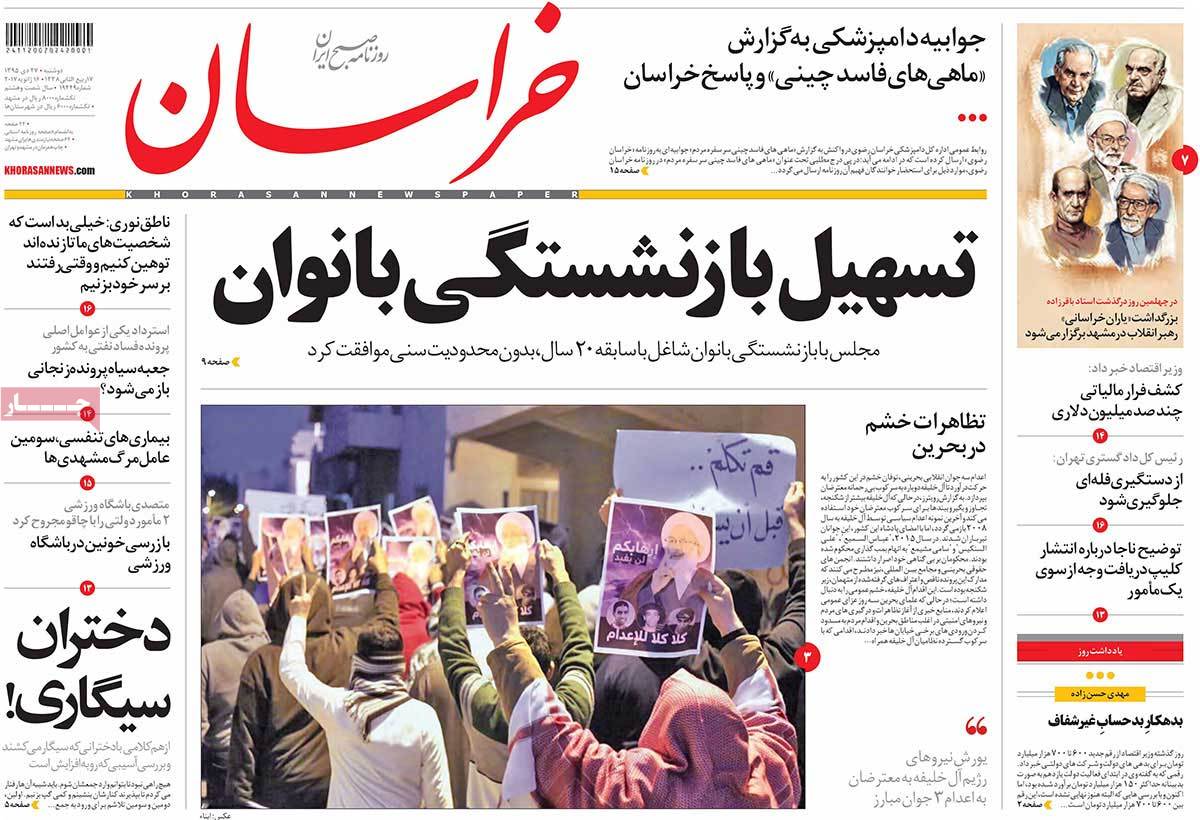 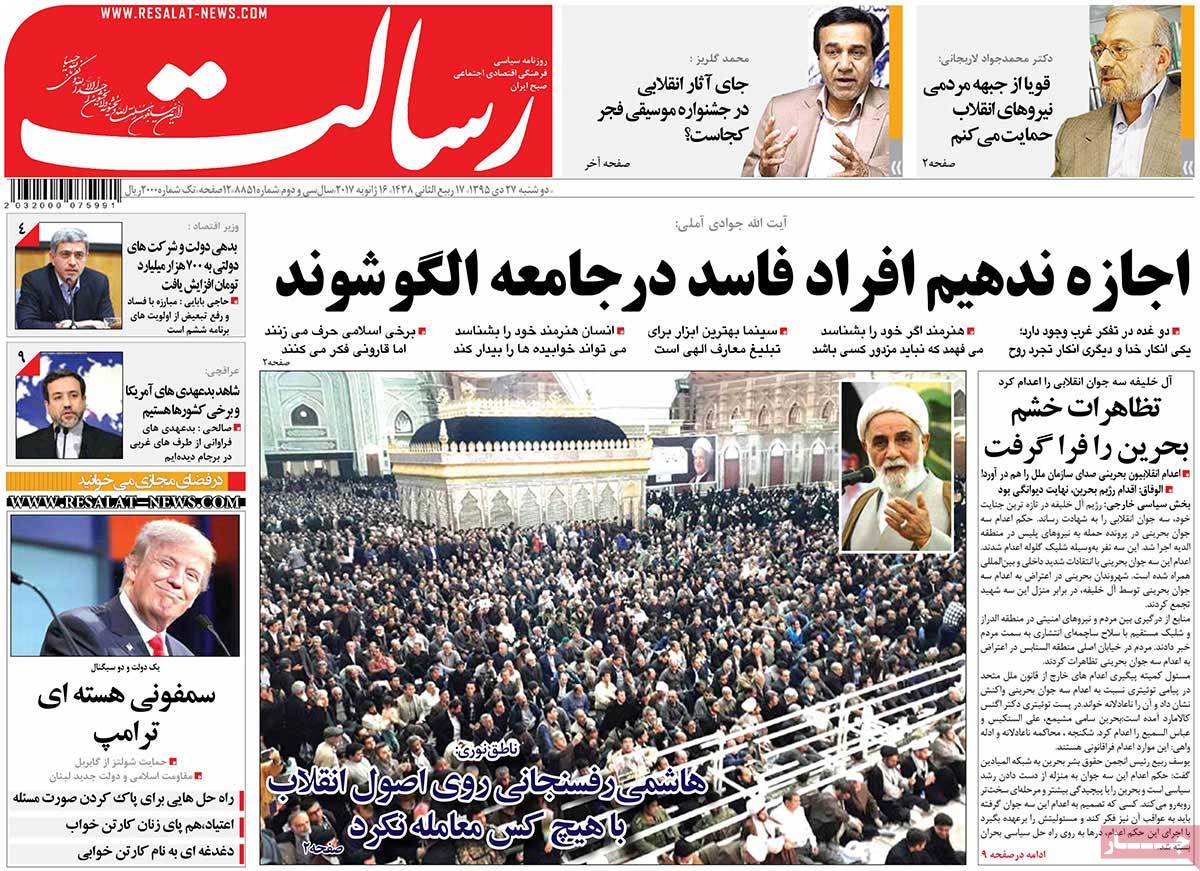 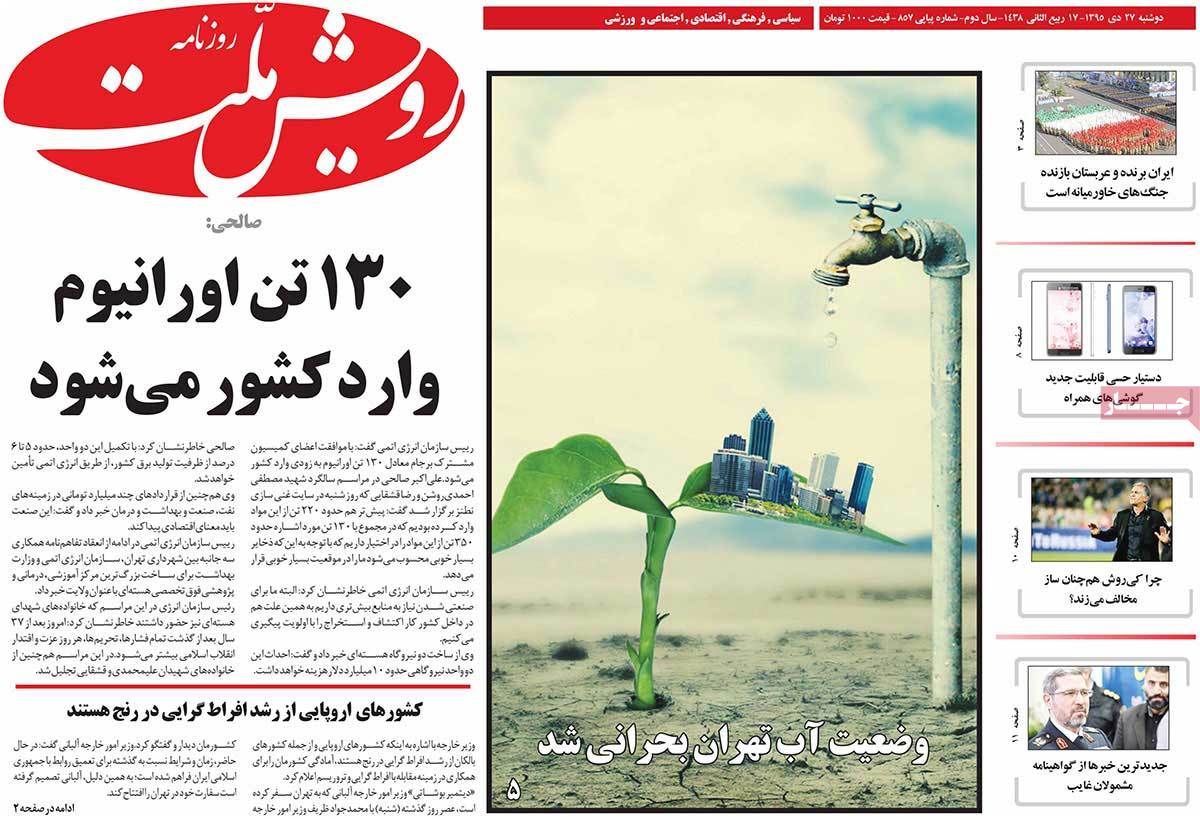 1- Iran Will Have No Forest in 30 Years: Trees in Need of Artificial Respiration 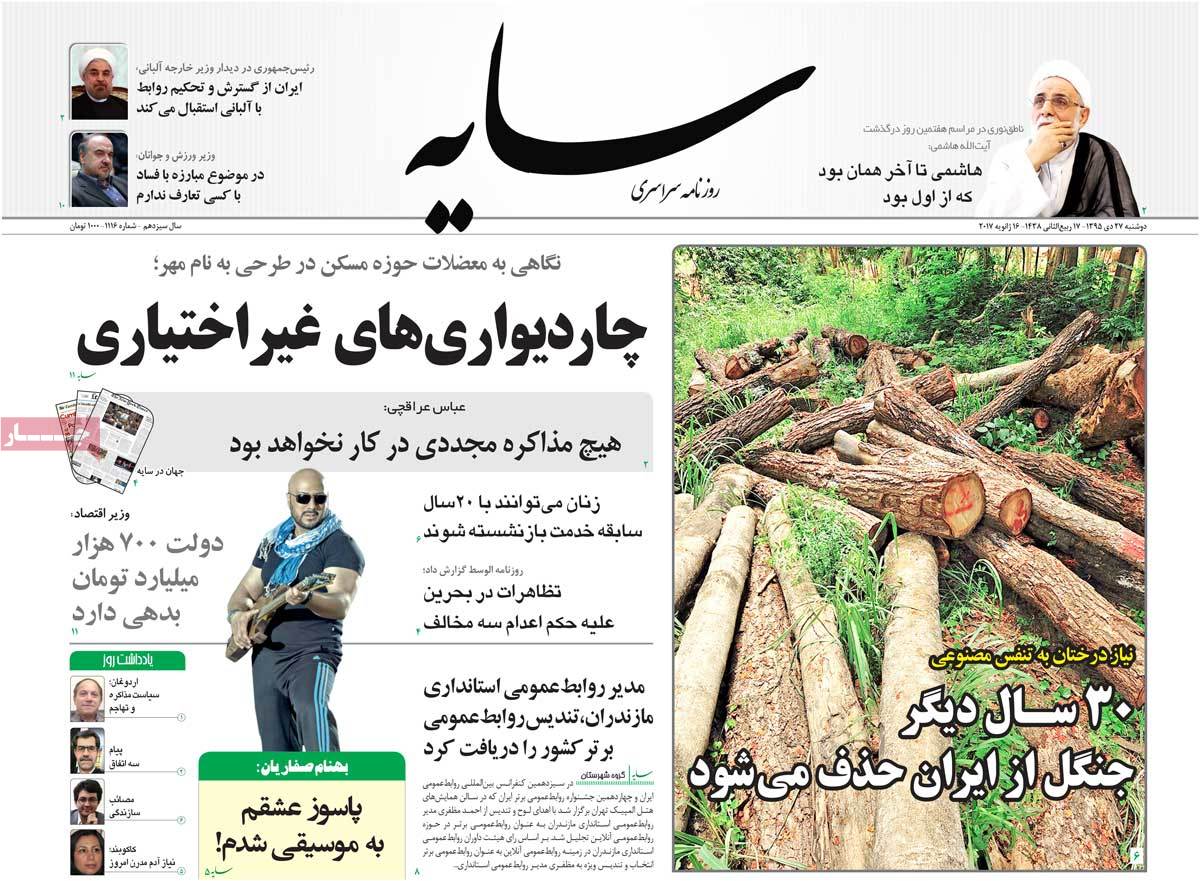 1- Trump Accused of Secret Relations: A Report on Increasing Opposition to US President-Elect 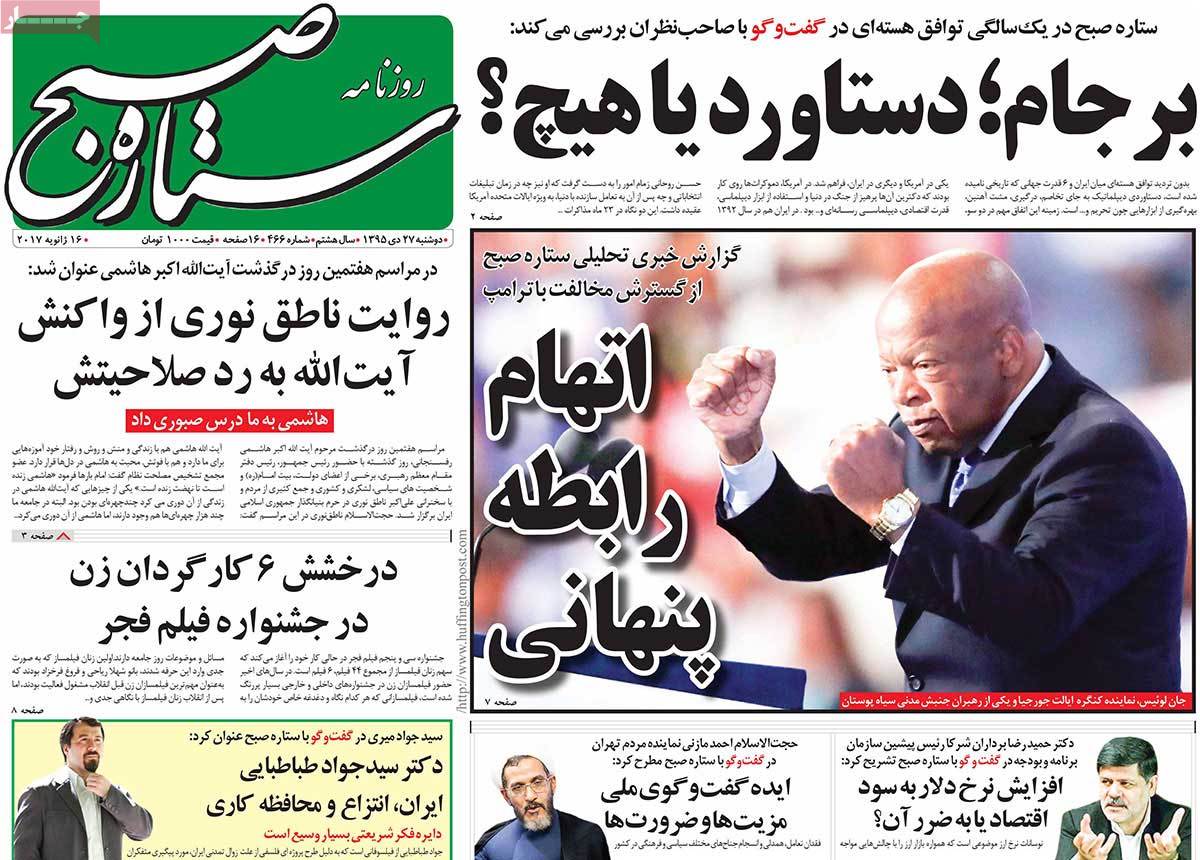 2- Ayatollah Hashemi Was Not an Opposition Figure, He Was Iran’s Pillar: Nateq Noori

3- We Won’t Have Any Re-Negotiation: Deputy FM 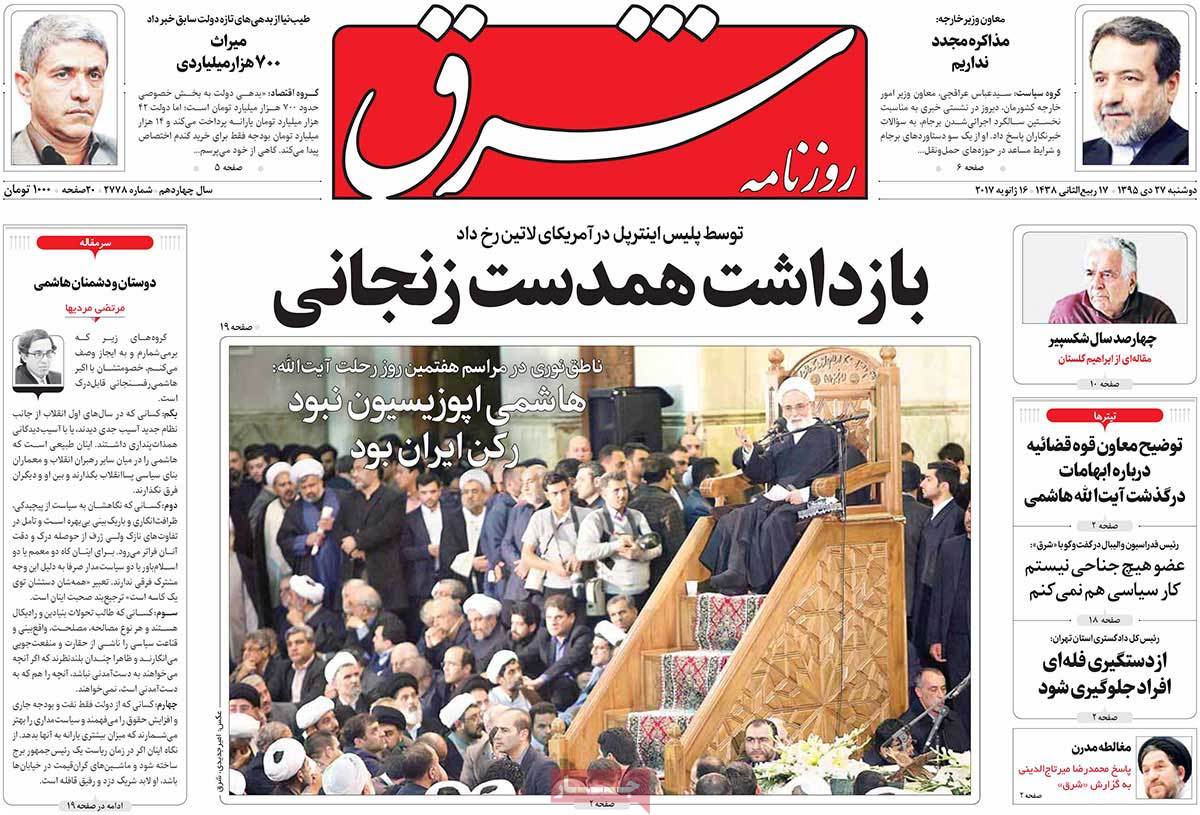