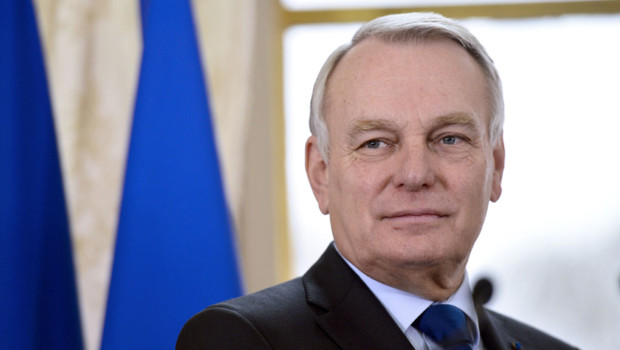 Serious consequences if US moves embassy to al-Quds, France warns

Press TV- French Foreign Minister Jean-Marc Ayrault has warned of “extremely serious consequences” if US President-elect Donald Trump fulfills his election campaign promise to move the US embassy in Israel from Tel Aviv to the occupied Jerusalem al-Quds.

“When you are president of the United States, you cannot take such a stubborn and such a unilateral view on this issue. You have to try to create the conditions for peace,” Ayrault told the public France 3 television network on Sunday.

The top French diplomat’s remarks came as delegates from 70 countries, including key European and Arab states as well as the permanent members of the UN Security Council, have come together in Paris in an attempt to rekindle the long-stalled so-called peace talks between Israel and Ramallah-based Palestinian Authority. Neither Israeli nor Palestinian representatives are in attendance.

Diplomats said the Paris meeting aims to send a strong signal to the incoming American president that the so-called two-state solution is the only solution in the occupied territories, just five days before Trump is sworn in.

Palestinian President Mahmoud Abbas criticized on Saturday the potential transfer of the US embassy from Tel Aviv, where it has been for 68 years.

French officials have stated that the symbolic conference in Paris will not impose anything on the Israeli regime or the Palestinian Authority, and that only direct negotiations can resolve the Israeli–Palestinian conflict.

A draft communiqué, obtained by Reuters news agency, reiterates the existing international resolutions, urging both sides to stand committed to the purported two-state solution and disavow officials who reject it. The communiqué also asks the leading officials to “refrain from unilateral steps that prejudge the outcome of final status negotiations.”

“The conference convening today in Paris is a futile conference,” he told ministers at the start of a weekly cabinet meeting in Jerusalem al-Quds.

“It was coordinated between the French and the Palestinians with the aim of imposing upon Israel conditions that are incompatible with our national needs,” Netanyahu asserted.

The presence and the expansion of the illegal Israeli settlements in the occupied Palestinian territories have been among the main reasons behind the collapse of the last round of Israeli-Palestinian talks in April 2014.

The Tel Aviv regime has defied international calls to stop its unauthorized construction activities in the occupied lands.