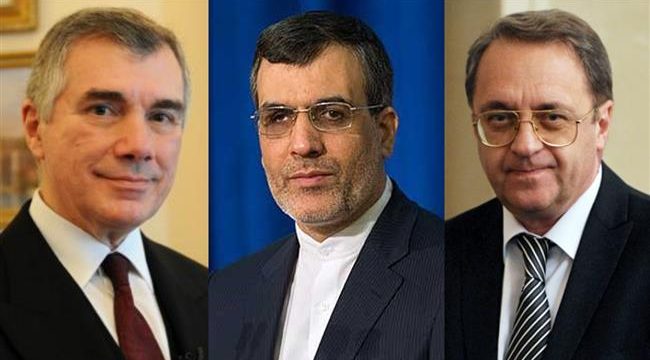 TASS– On Friday, Russian, Turkish and Iranian diplomats held consultations in Moscow to discuss the preparations for the intra-Syrian talks in Astana, the Russian foreign ministry said in a statement.

“The parties paid special attention to the preparations of the international meeting on settling the Syrian conflict scheduled to be held in Kazakhstan’s capital of Astana on January 23,” the statement reads. “The meeting’s participants agreed that the upcoming Astana meeting would help implement the intra-Syrian agreements reached on December 29, 2016, as well as the UN Security Council Resolution 2336, and ensure a long-term and sustainable ceasefire in Syria, continued struggle against terror groups blacklisted by the UN. It may also give a new impetus to the political process of settling the Syrian conflict based on the UN Security Council Resolution 2254 and the decisions made by the International Syria Support Group.”