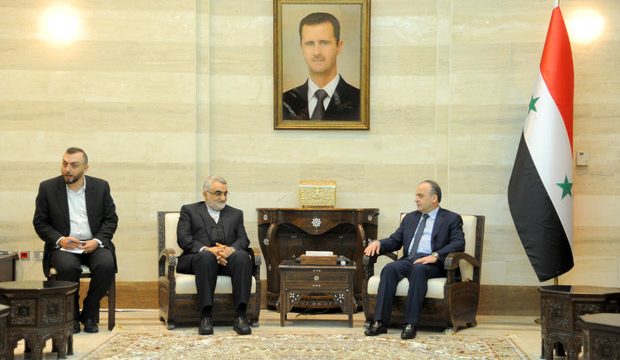 Boroujerdi made the remarks in a meeting with Syrian Prime Minister Imad Khamis.

‘We are sure that Syria will overcome terrorism and the Islamic Republic would continue support for the Syrian people,’ the MP added.

He noted that the Syrian Army and people could win the battle of wills.

The region is in a sensitive transitional condition and more coordination for making accurate decisions is needed, the lawmaker said.

During his stay, the Iranian envoy conferred with the Syrian officials on issues of mutual interest and regional developments.