A Look at Iranian Newspaper Front Pages on January 3

Iran Front Page- Newspapers on Tuesday covered the remarks made by the Leader of Iran’s Islamic Revolution, Ayatollah Seyyed Ali Khamenei, in a meeting with a group of top Iranian students.

The ongoing gas dispute between Iran and Turkmenistan, and the air pollution in Tehran were among other top stories today.

1- Rouhani: All We Wanted from JCPOA Has Been Realized Except in Banking Sector

2- Gas Dispute between Iran and Turkmenistan Is Not Political: Foreign Ministry Spokesman 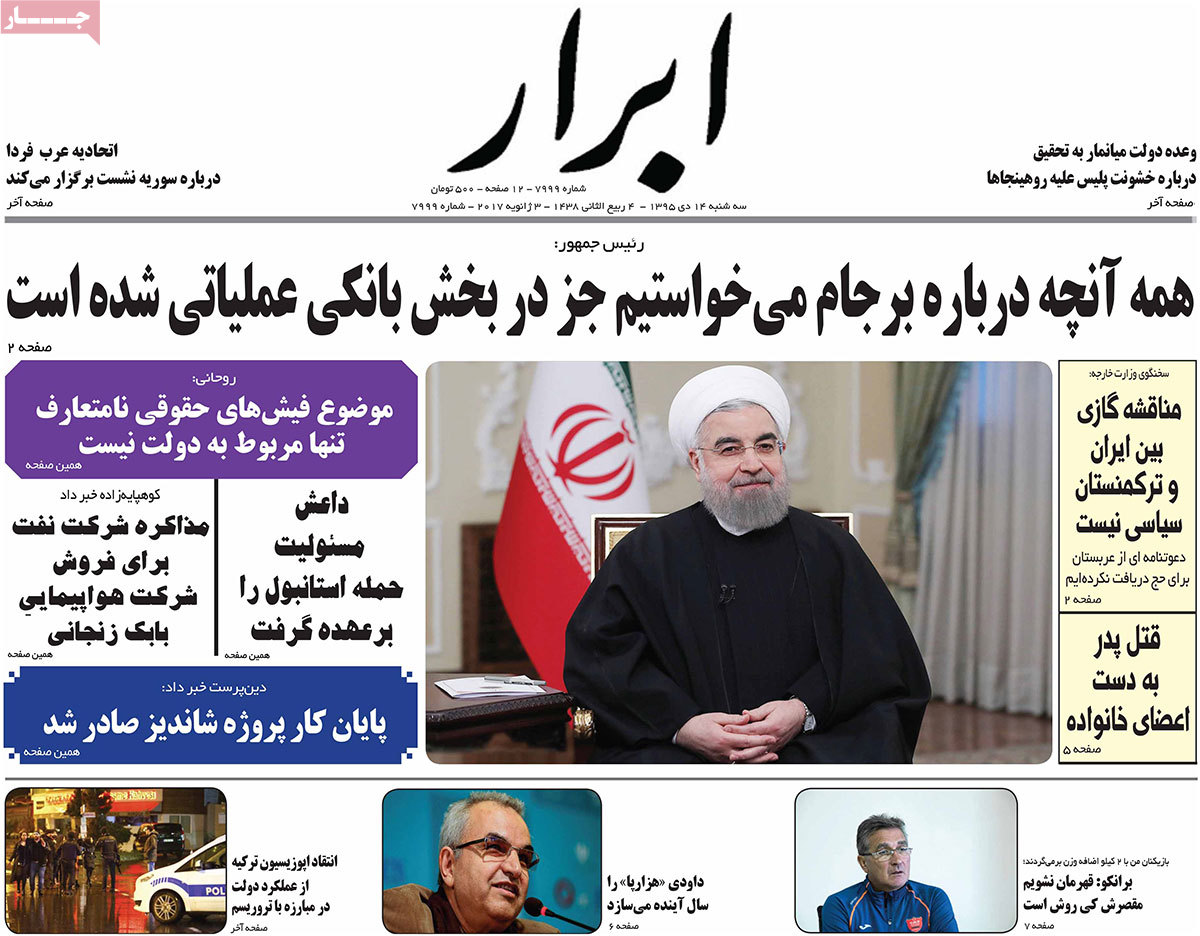 1- Mogherini: EU’s Priority in 2017 Is to Maintain Nuclear Deal with Iran

2- We Have No Plan to Send Hajj Pilgrims to Saudi Arabia: Foreign Ministry 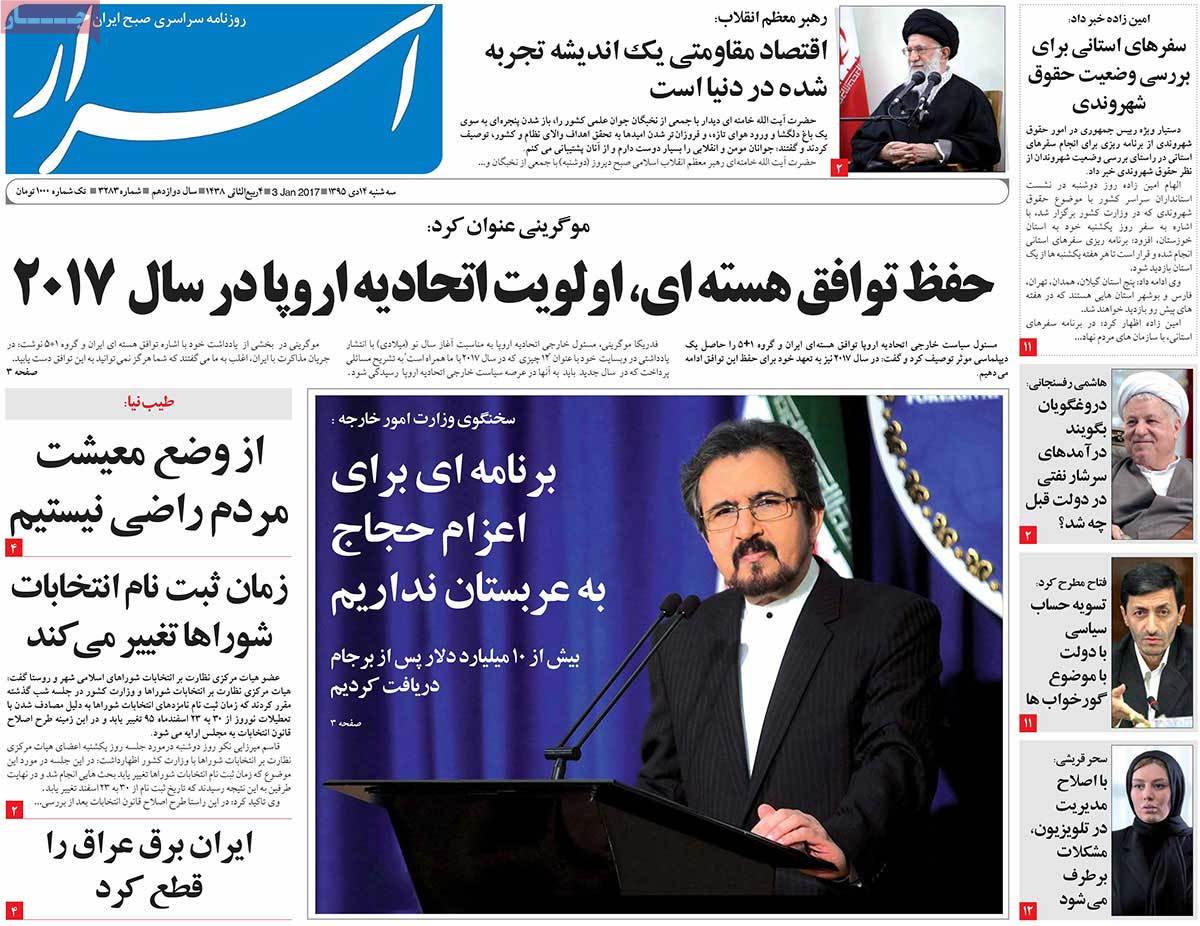 1- Iran’s Leader: Resistance Economy Is a Tested Method in the World 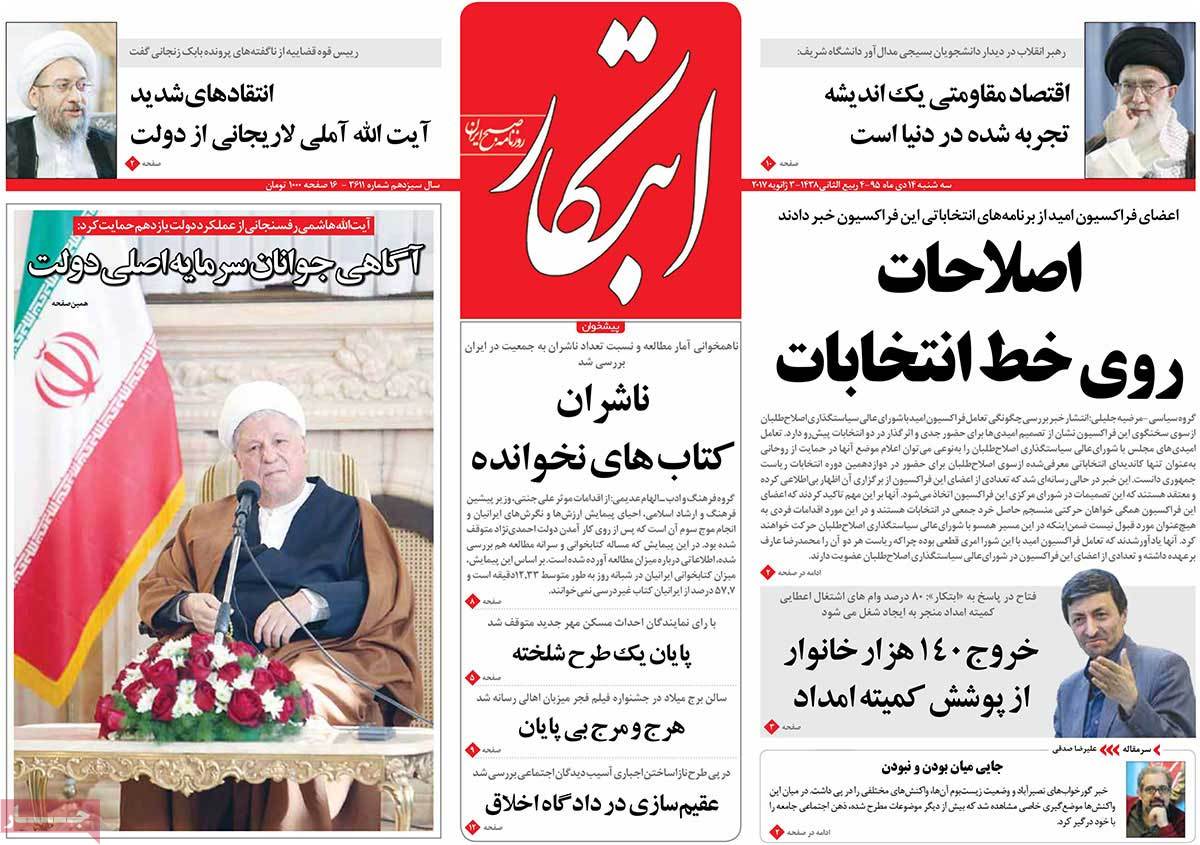 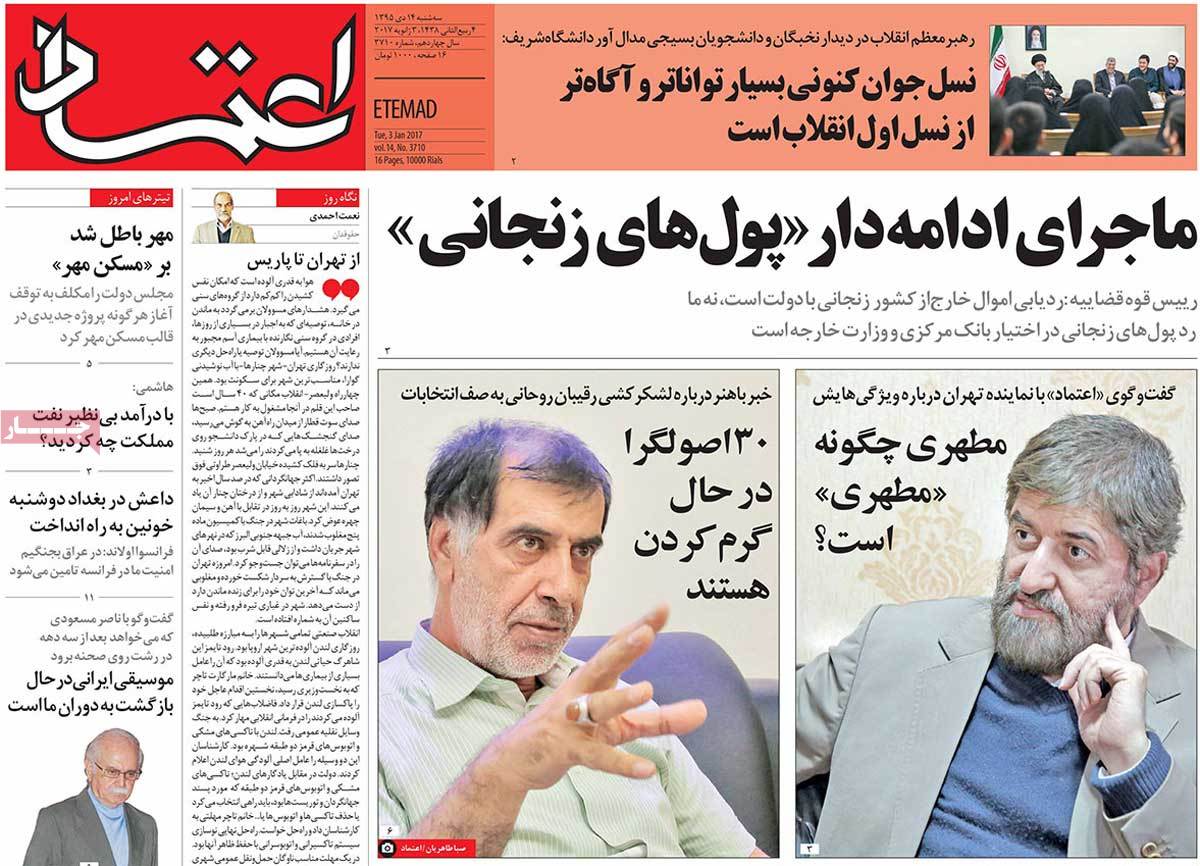 1- Iran’s Leader: Lack of Spirituality Is Root Cause of Corruption and Dissolution of Families in West

3- Over $2 Billion Facilities Allocated to Development of Villages

4- Followers of All Divine Religions Are Protected by Iran’s Establishment: Judiciary Chief 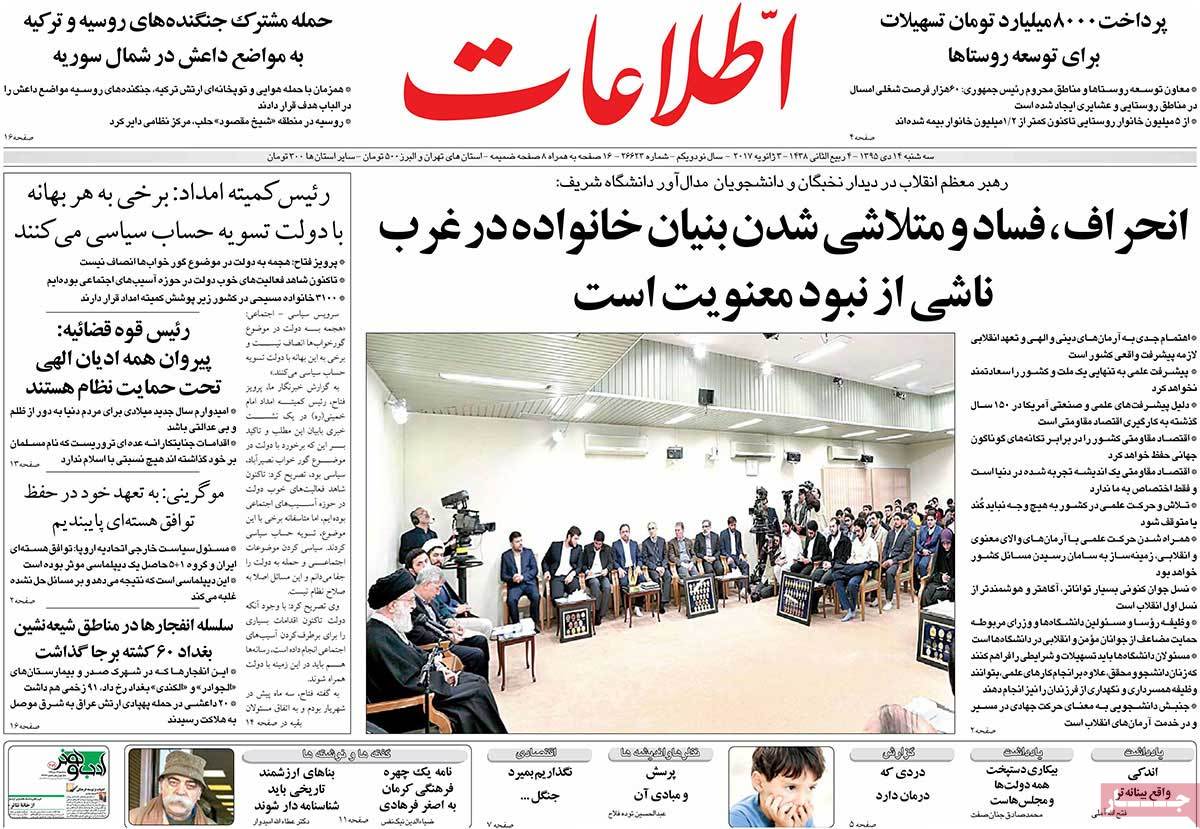 1- Ban on Import of Foreign Cars Shocked Iran’s Car Market on Monday Morning, but the Ban Was Lifted at End of the Day 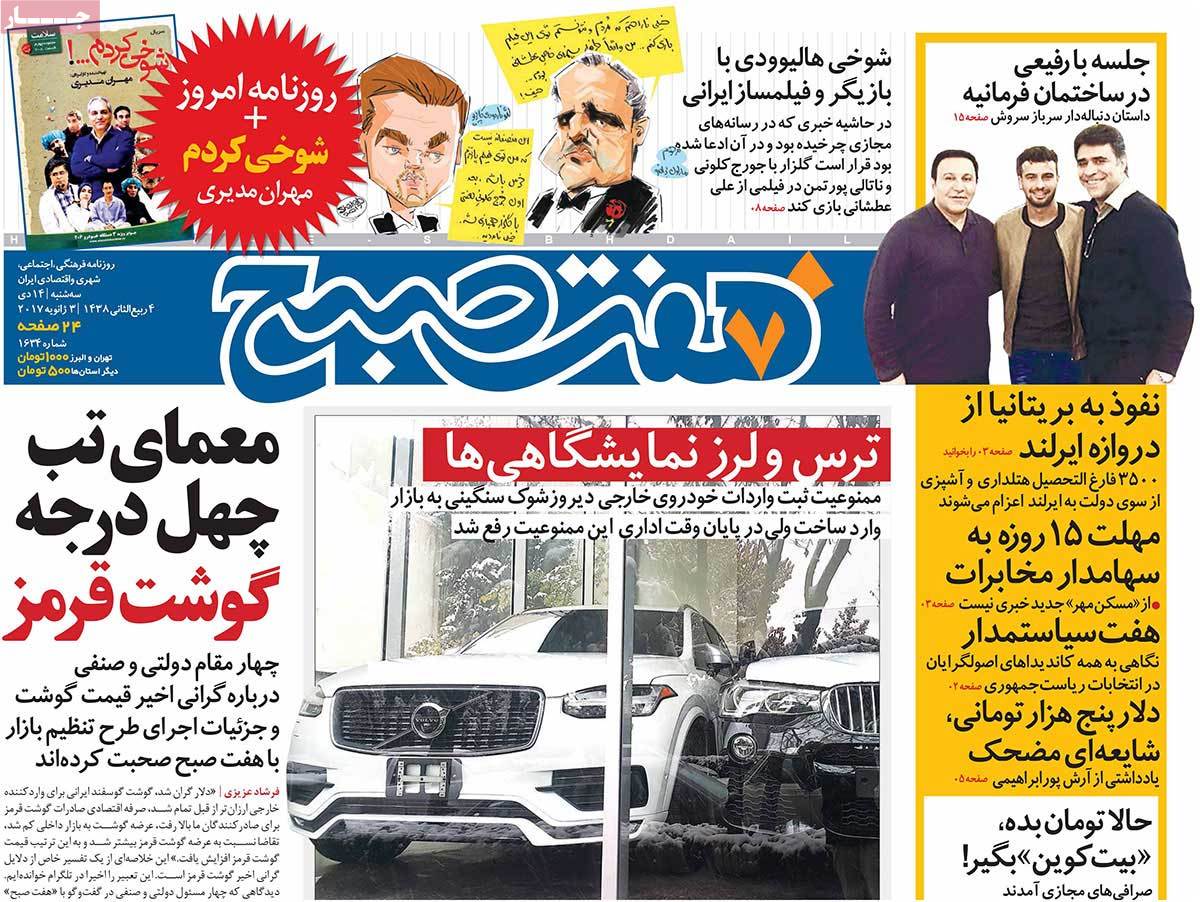 3- Ayatollah Jannati: Danger of Cyberspace Is More than Narcotics 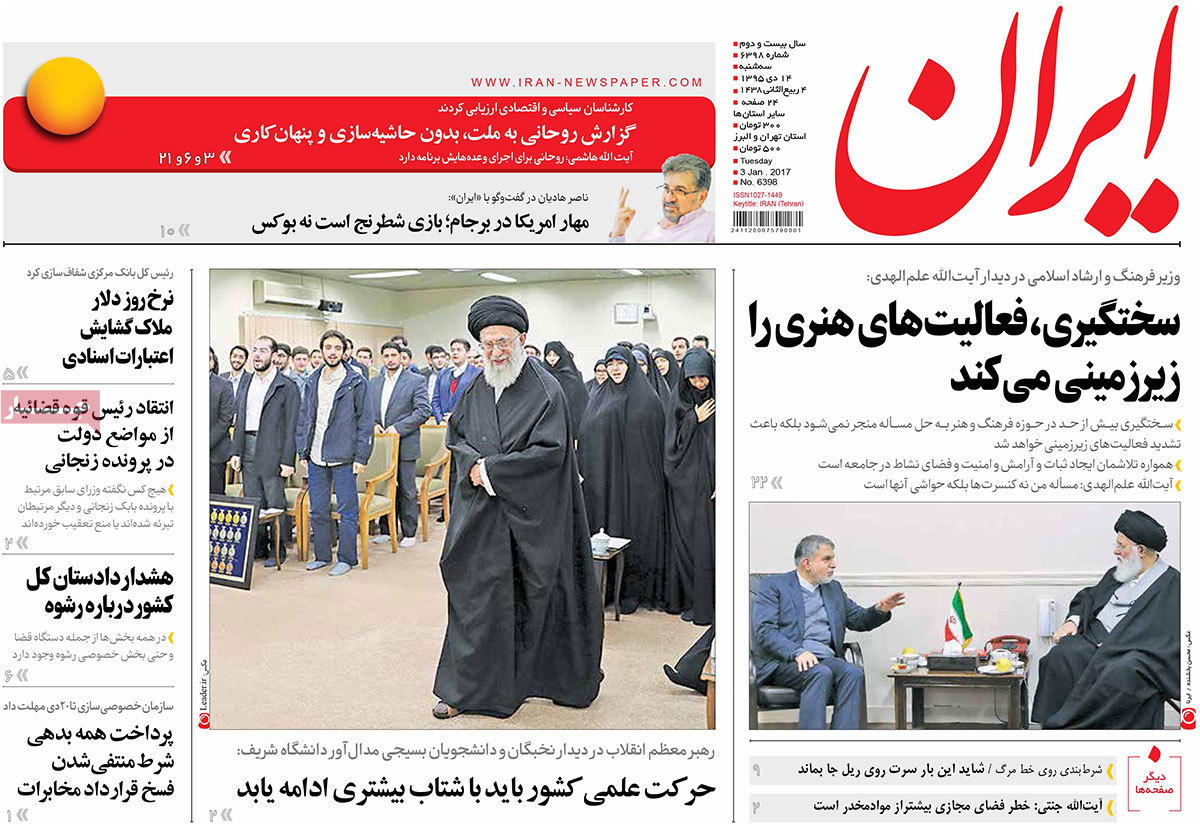 1- Iran’s Leader: US Scientific and Industrial Advancements within Past 150 Years Were Achieved Thanks to Adoption of Resistance Economy 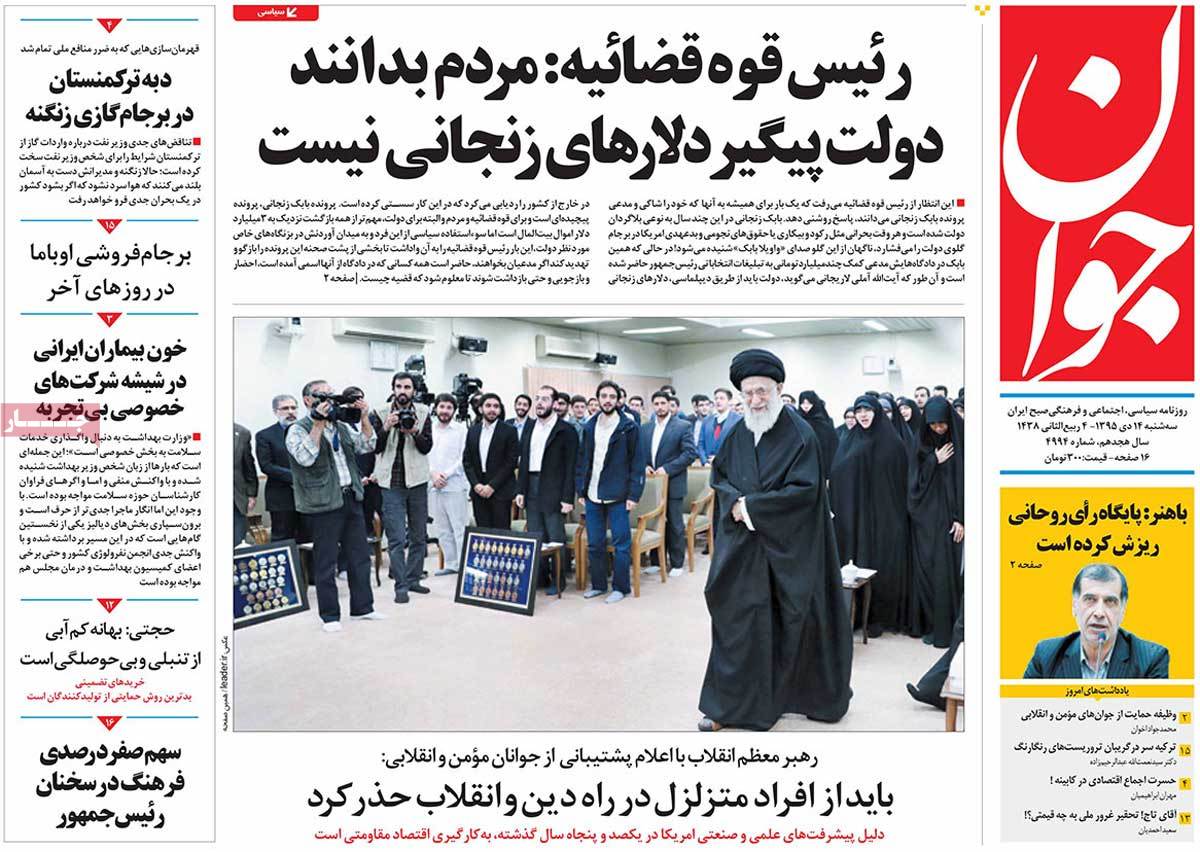 2- A Breeze on Monday Saved People of Tehran and Temporarily Ended Air Pollution. We All Should Try for Clean Air 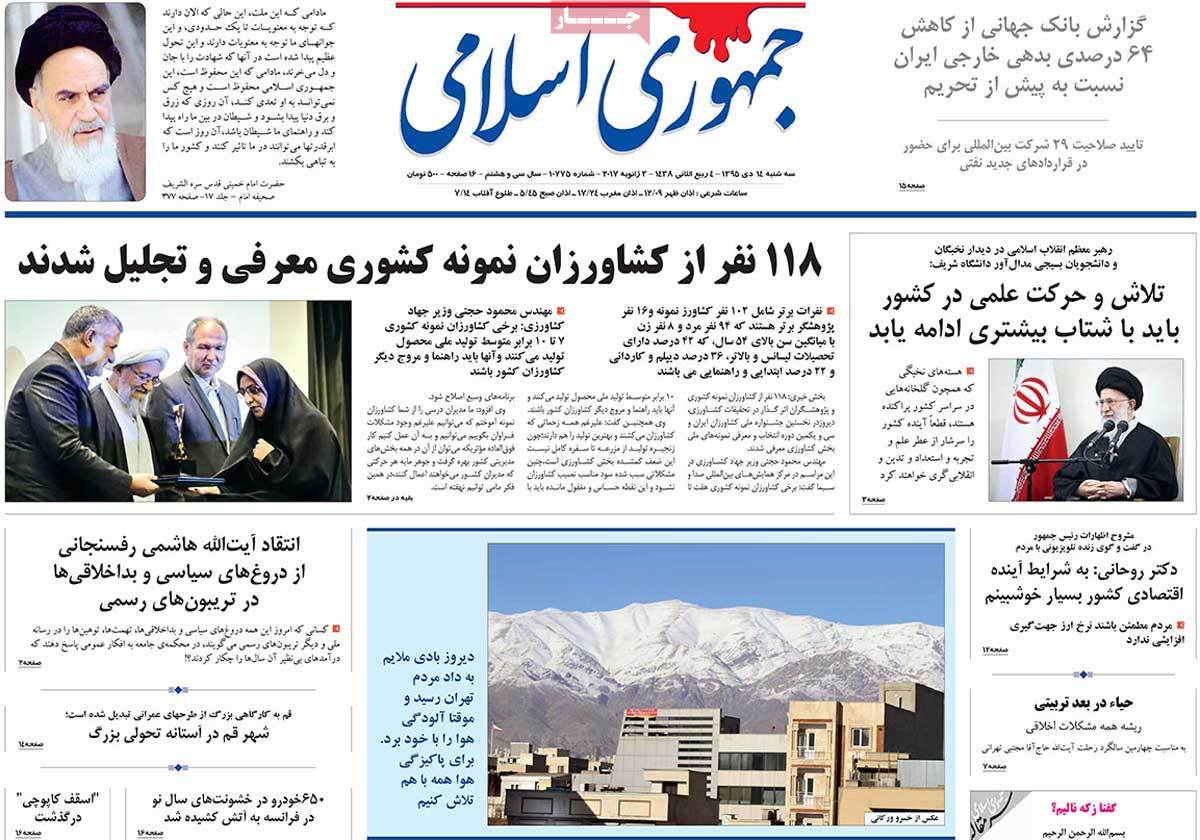 3- National Interest: All US Rulers Have Been Arrogant and Had Illusions; White House Needs Major Clean-Up 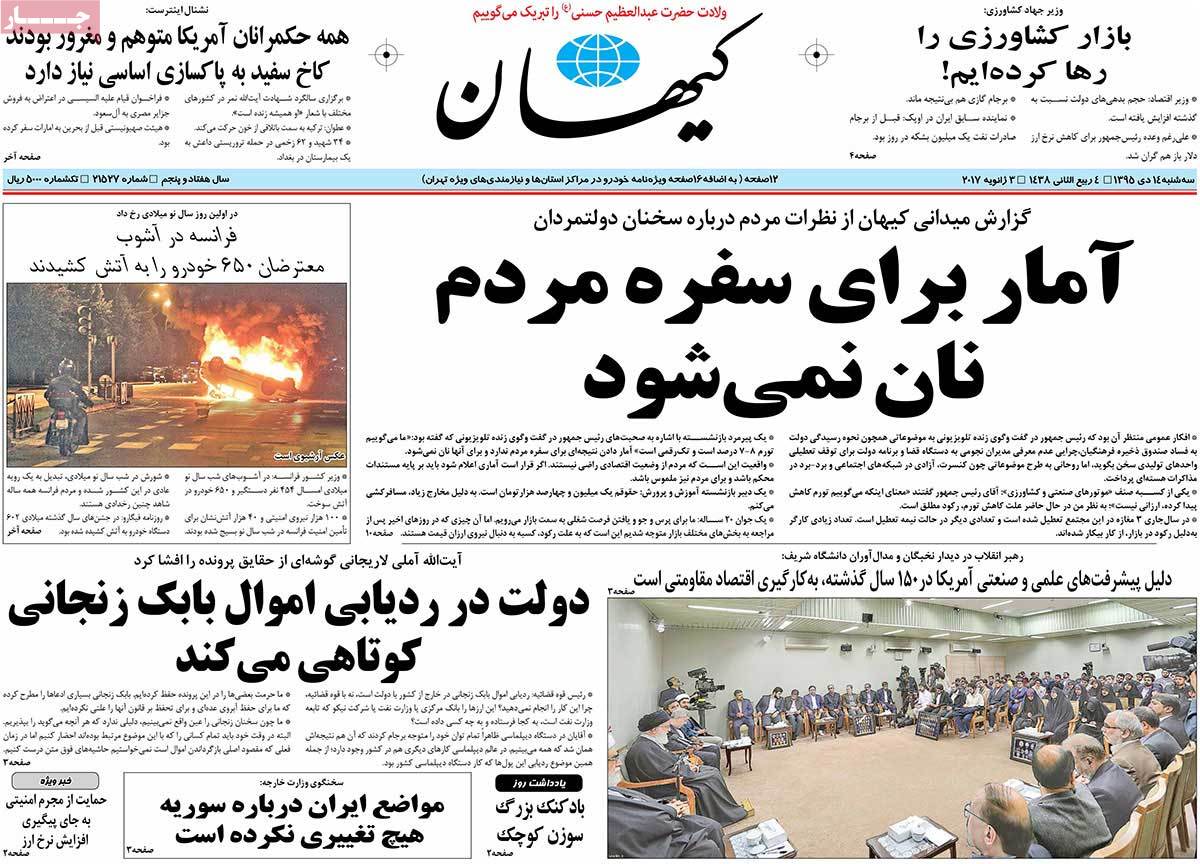 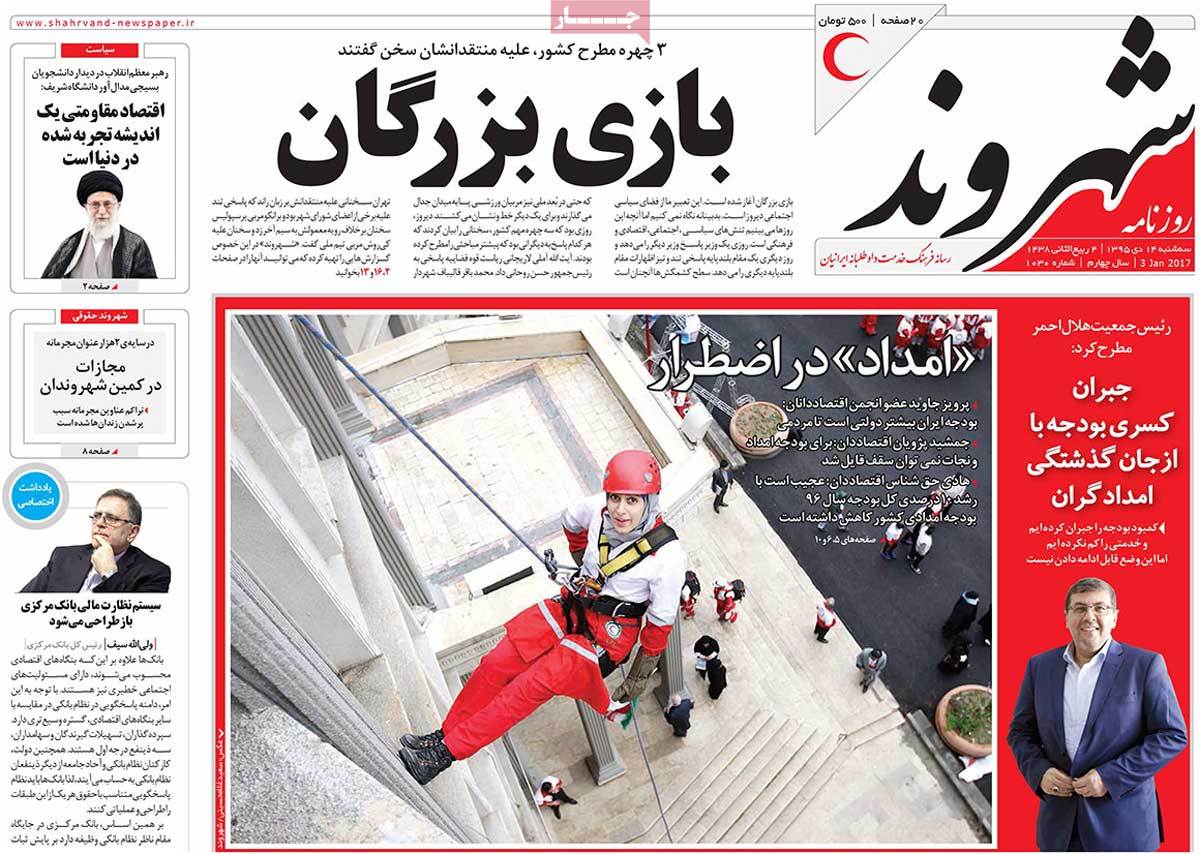 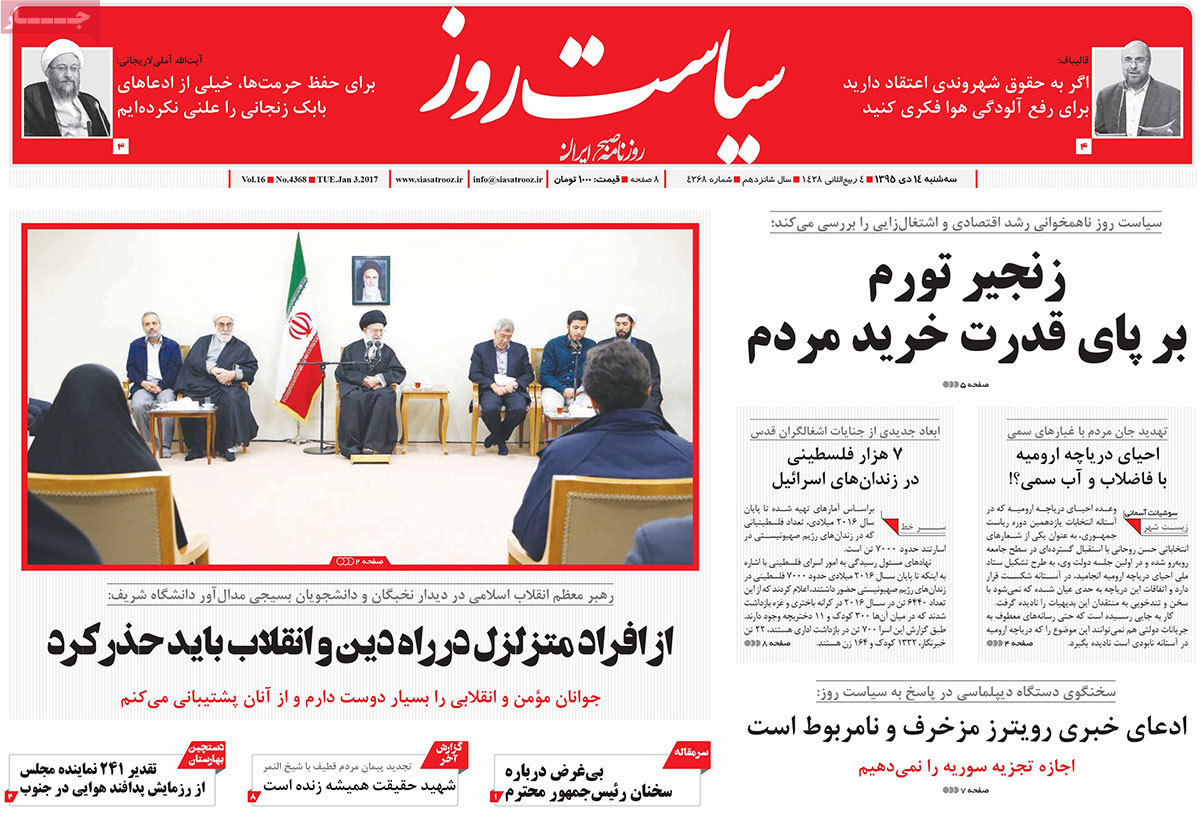