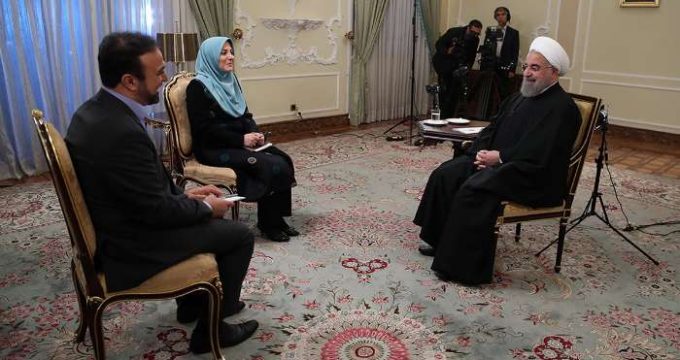 Reuters– President Hassan Rouhani sought to reassure Iranians on Sunday that the government would work to protect market stability after the country’s currency fell to a record low last week.

“I am optimistic about the country’s economic situation and … I want to reassure our people that foreign currencies will not keep going up,” Rouhani said in a live interview with state television.

Iran’s rial hit a record low against the U.S. dollar last Monday in a sign of concern about the country’s ability to attract foreign money after U.S. President-elect Donald Trump takes office on Jan. 20.

If the rial’s weakness continues, it could become a political issue ahead of Iran’s presidential election in May by threatening some of Rouhani’s economic achievements. Rouhani, who took office in 2013, is expected to seek re-election but has not announced it officially

Economists have said Trump’s election in November was a major factor in the rial’s weakness. He has said he will scrap the deal between Iran and world powers that imposed curbs on Tehran’s nuclear projects and lifted sanctions on the Iranian economy last January.

“The dollar has gained against all currencies in the past few months and it is natural if it also gains in Iran. But the rate of exchange of foreign currencies will certainly not remain at current levels,” Rouhani said, without giving details of how the government plans to defend the rial.

“The stability of (currency) markets is important for the government. The economy has to be predictable so that exporters and importers can act with trust,” he said.

Before Rouhani’s remarks, the rial strengthened to about 39,000 to the dollar on the free market on Sunday, after sliding to an all-time low of 41,500 last Monday.

The rial’s gains came after central bank Governor Valiollah Seif told state television on Saturday that he saw 36,000 rials per dollar as a “realistic” rate.

Seif was quoted as telling lawmakers that the central bank was injecting $5.8 billion in the market to defend the rial.

Rouhani’s administration stabilized the currency after years of volatility, which helped bring inflation down to single-digit rates from above 40 percent.

Besides the free market exchange rate, Iran uses an official rate, now at 32,375, for some state transactions.