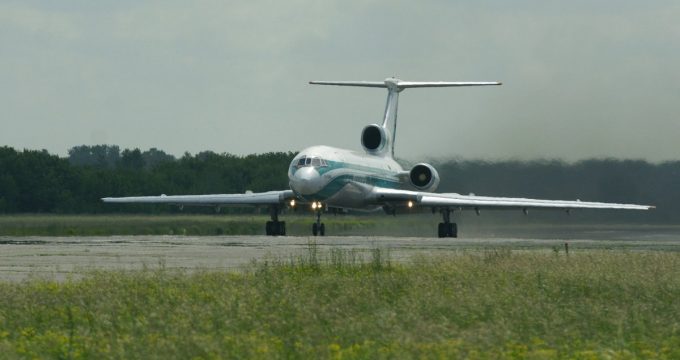 Sputnik– Russian Defense Ministry’s Tu-154 carrying some 91 people has disappeared from radars after departing from Russia’s southern city of Sochi, a source in the country’s Emergency Ministry told RIA Novosti.

The jet with some 91 people onboard, including journalists, military personnel, musicians from Alexandrov Ensemble, lost contact with land while flying over the Black Sea, the source said.

Initially it was reported that the plane was carrying some 70 people. “According to preliminary data, Russian Defense Ministry’s Tu-154 disappeared from the radar screens after departing from Sochi. About 70 people were onboard,” a source said to the agency on Sunday. The priliminary data shows that the disappeared plane was heading to Syria’s Latakia.

The source added that the jet disappeared from radars 20 minutes after departing from Sochi, Krasnodar Krai.

“The jet disappeared from radars about 20 minutes after takeoff: it departed [from Sochi] at 5.20 AM local time and the contact was lost at about 5.40 AM.” All rescue services of Krasnodar Krai and neighboring regions are engaged in the search operation.