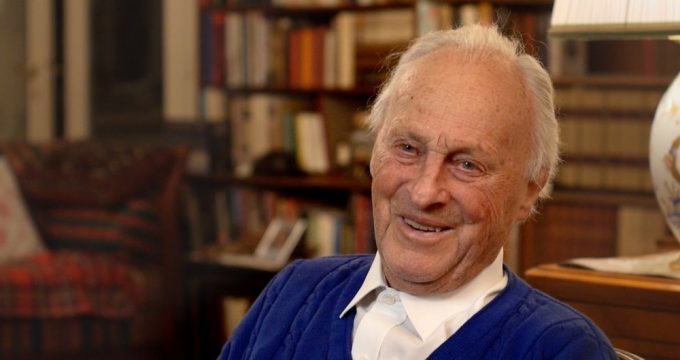 Austrian specialist in “Memories for All Seasons” to visit Iran

Tehran Times- Professor Dr. Gerhard Freilinger, who has appeared in Mostafa Razzaq-Karimi’s “Memories for All Seasons”, will be visiting Iran.

“Memories for All Seasons” is an acclaimed documentary that narrates the memories of a group of Iranian soldiers wounded by Iraqi chemical weapons during the 1980-1988 Iran-Iraq war.

The 90-year-old professor is a specialist in plastic reconstructive surgery and has treated the chemically-wounded Iranian soldiers in those years, Razzaq-Karimi told the Persian service of MNA on Friday.

“Prof. Freilinger is expected to arrive in Tehran today and several programs have been arranged for the professor during his three-day stay in Iran,” he added.

“He is scheduled to visit the Tehran Peace Museum, while there are plans to screen ‘Memories for All Seasons’ during the 10th Cinema Verite with him in attendance,” he remarked.

“We will also visit the hospitals in which a number of chemically-wounded war veterans are still hospitalized,” Razzaq-Karimi asserted.

Cameramen Mehran Malakuti and Victor Sneider have collaborated with Razzaq-Karimi in his production.
“Memories for All Seasons” has won the first place award at the 7th edition of Cinema Verite.