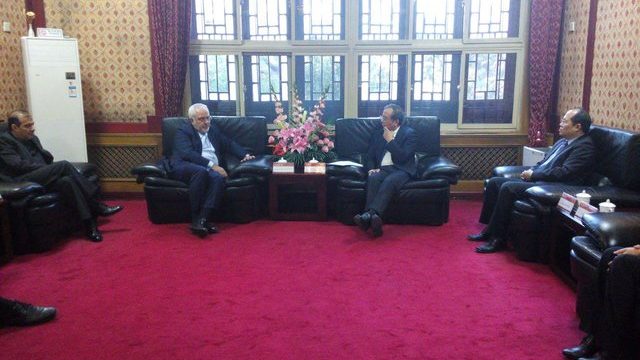 During the meeting, Iranian foreign minister for his part welcomed promotion of cooperation between Iranian and Chinese academic and cultural centers in various fields of science, technology, human sciences, language and Persian literature.

Iran and China have achieved high level of scientific and educational advancement and there are lots of opportunities for joint cooperation between the two sides, Zarif added.

He noted that due to closure of doors to import, reliance on indigenous knowledge and the Iranian scholars and researcher’s efforts, Iran has achieved good progress in science and technology.

President of Peking University for his part said this university has adopted new policies to absorb students from the Central Asian countries and the Middle East including Iran.

After briefing the Iranian foreign minister about the Peking University activities, he noted that this Chinese university is interested to cooperate with Iran’s cultural and scientific centers.

Peking University is ready to cooperate with Iranian cultural centers in spread of oriental culture, the official added.