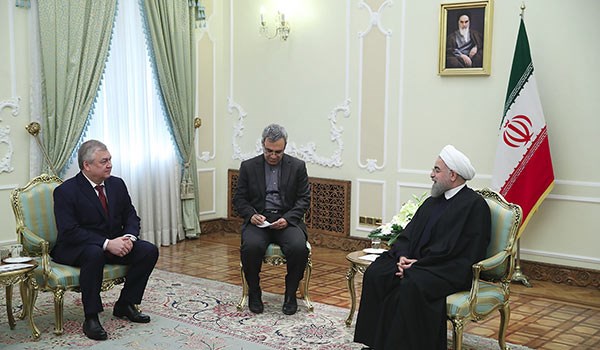 Iranian President Hassan Rouhani requested the world powers, party to the nuclear deal with Tehran, to take action to stop Washington from damaging the Vienna agreement, warning that the US is treating the multilateral deal based on its own antagonistic aspirations.

Iranian Foreign Minister Mohammad Javad Zarif says the extension of a piece of anti-Iran legislation in the US will have no “executive effect” and will merely be a sign of the United States government’s unreliability.

Iran’s supreme court has upheld the death penalty against Iranian businessman Babak Zanjani for corruption, the judiciary said on Saturday, a sentence critics say will mask the identity of senior officials who supported him.

An adviser to Iran’s foreign minister said Tehran was ready to render assistance to Aleppo together with Russia.

Minister of Petroleum Bijan Zanganeh says oil market is now experiencing equilibrium with the good tiding of higher price stabilization free of any jitter.“I think market has reached a balanced status and will be stabilized at higher prices. After recent OPEC decision, prices started skyrocketing,” Zangeneh told TV on phone on Saturday.

Iranian Foreign Minister Mohammad Javad Zarif announced that India’s UCO bank will open a branch in Tehran in the near future.