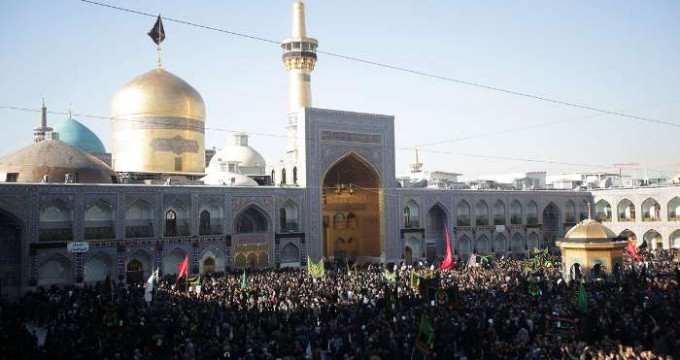 Black-clad mourners from various social classes and age groups have come together in mosques, places of worship and religious sites nationwide to observe the rituals. Eulogies are given and sermons delivered in honor of the revered Shia Islam figure during the ceremonies.

Hundreds of thousands of pilgrims from Iran, Afghanistan, Pakistan, Iraq, Azerbaijan and several other countries have also flocked to the holy city of Mashhad in the northeastern province of Khorasan Razavi to mark the occasion at Imam Reza’s mausoleum.

President Hassan Rouhani is also due in Mashhad to attend the mourning rituals on Wednesday.

Massive memorial services are underway in the cities of Qom, in central Iran, and Shiraz, in the southwest, which are home to the shrines of Imam Reza’s revered sister and one of his brothers, respectively.

Wednesday November 30 is a national holiday in Iran in commemoration of  Imam Reza.

The eighth Shia Imam was martyred after being poisoned by the Abbasid Caliph Ma’mun in the year 818 AD.