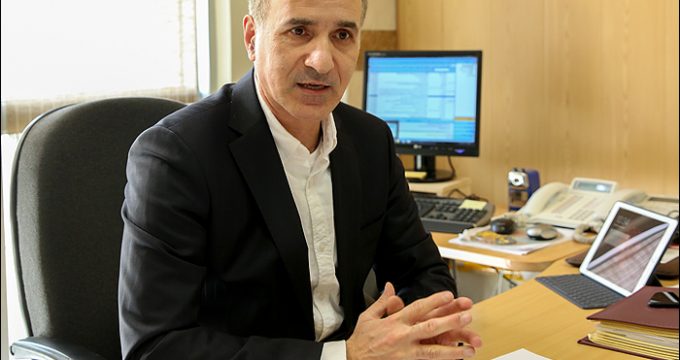 “The new round of talks between the two companies is focused on building an ethane cracker unit in addition to a special unit to produce polymeric materials with different polyethylene grades,” Hussein Alimorad was quoted as saying by Mehr News Agency.

Highlighting Total’s investment in Iran’s lucrative petrochemical sector, the official said, “The final round of negotiations to decide details of the new agreements will be held in less than a month, either in Tehran or Paris.”

According to the official, winning the trust of international investors not only for joint ventures but also for sharing knowhow is a long-term process that may not bear fruit in the near future.

Attaching special importance to expanding ties with international giants namely Total, Alimorad said, “Joint ventures with such companies can and will help us have a role in foreign mega projects.”

Iran’s petrochemical production capacity is around 65 million tons a year. Tehran hopes to boost it to 130 million tons by 2020 before reaching a lofty goal of 180 million tons per annum by 2025.

Total began to study Iran’s petrochemical and oil ventures after the historic nuclear agreement between Tehran and the six world powers in July 2015.

According to reports, Total is expected to sign a $2 billion contract with the Persian Gulf Petrochemical Industries Company by March to build a petrochemical complex for olefin in Iran.

Olefin is a synthetic fiber used in carpeting and wallpaper, among other things.

The French energy company has also signed a $4.8 billion agreement with the National Iranian Oil Company to develop Phase 11 of South Pars Gas Field, the world’s largest gas field shared between Iran and Qatar in the Persian Gulf.

“Following Total’s successful development of phases 2 and 3 of South Pars in the 2000s, the group is back to develop and produce another phase of the giant gas field.”Total is delighted to have been selected by NIOC,” Patrick Pouyanne, chairman and chief executive officer of Total, said in a statement this month. Total has also played an active role in developing oil projects in Iran’s neighboring states including the Republic of Azerbaijan.

Azerbaijan’s state oil company SOCAR and Total signed a framework agreement on Tuesday on the principles regulating the program of development of Azeri Absheron gas field in the Caspian Sea.

The agreement was signed following a meeting between SOCAR President Rovnag Abdullayev and Pouyanne in Baku.