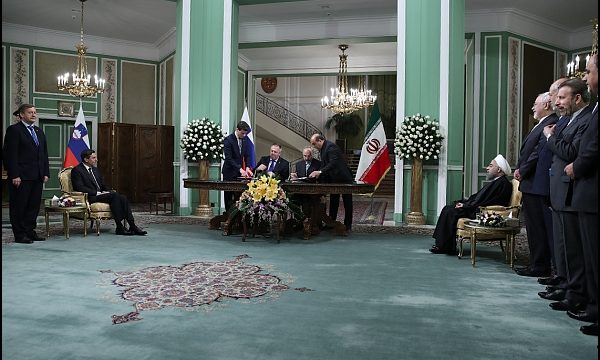 In a related story, Mrs. Darja Bavdaž Kuret, State Secretary had met with Javad Zarif earlier in November and had said President Pahor’s visit would culminate in opening of the country’s embassy in Tehran.

The visit is part of the revival of Iran’s position in international trade in times post-JCPOA where European leaders frequented Tehran to hammer out lucrative deals with an Iran which suffered much the adverse effects of sanctions on economy.