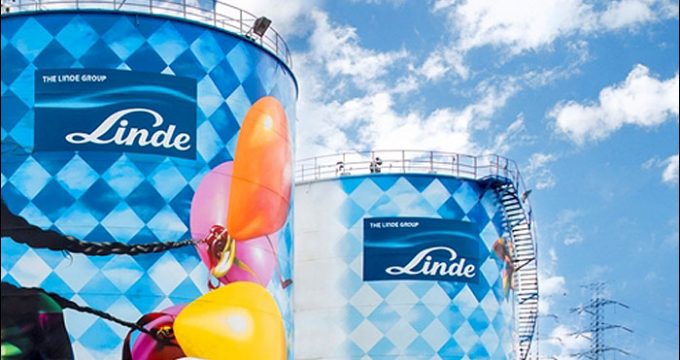 Shana — Germany’s Linde Group has officially opened its office in Tehran on October 3, the reports said.

According to the reports released on Saturday, the Linde Group has officially inaugurated its office in Tehran in a ceremony held in October 3 with the presence of visiting German Economy Minister Sigmar Gabriel.

The Linde Group, registered as Linde AG (FWB: LIN), is a multinational industrial gases and engineering company founded in Germany in 1879. It is the world’s largest industrial gas company by market share as well as revenue. Linde shares are traded on all the German stock exchanges and also in Zürich, and the Linde share price is included in the DAX 30 index. The group is headquartered in Munich, Bavaria, Germany.

The Linde Group has over 600 affiliated companies in more than 100 countries, with customers in the industrial, retail, trade, science, research and public sectors.