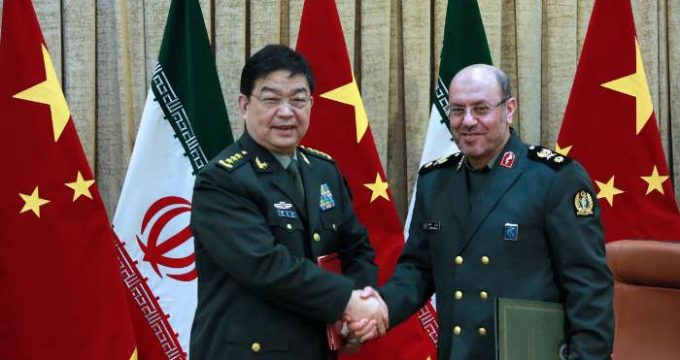 Iran, China bring in their military into geopolitical game in the Middle East

Sputnik News– Commenting on the recent visit of Chinese Defense Minister Chang Wanquan to Tehran and the signed agreement on closer military cooperation between the two countries, Russian political analyst Maria Pakhomova suggested that Beijing is assigning Iran one of the key roles in the geopolitical game in the Middle East. 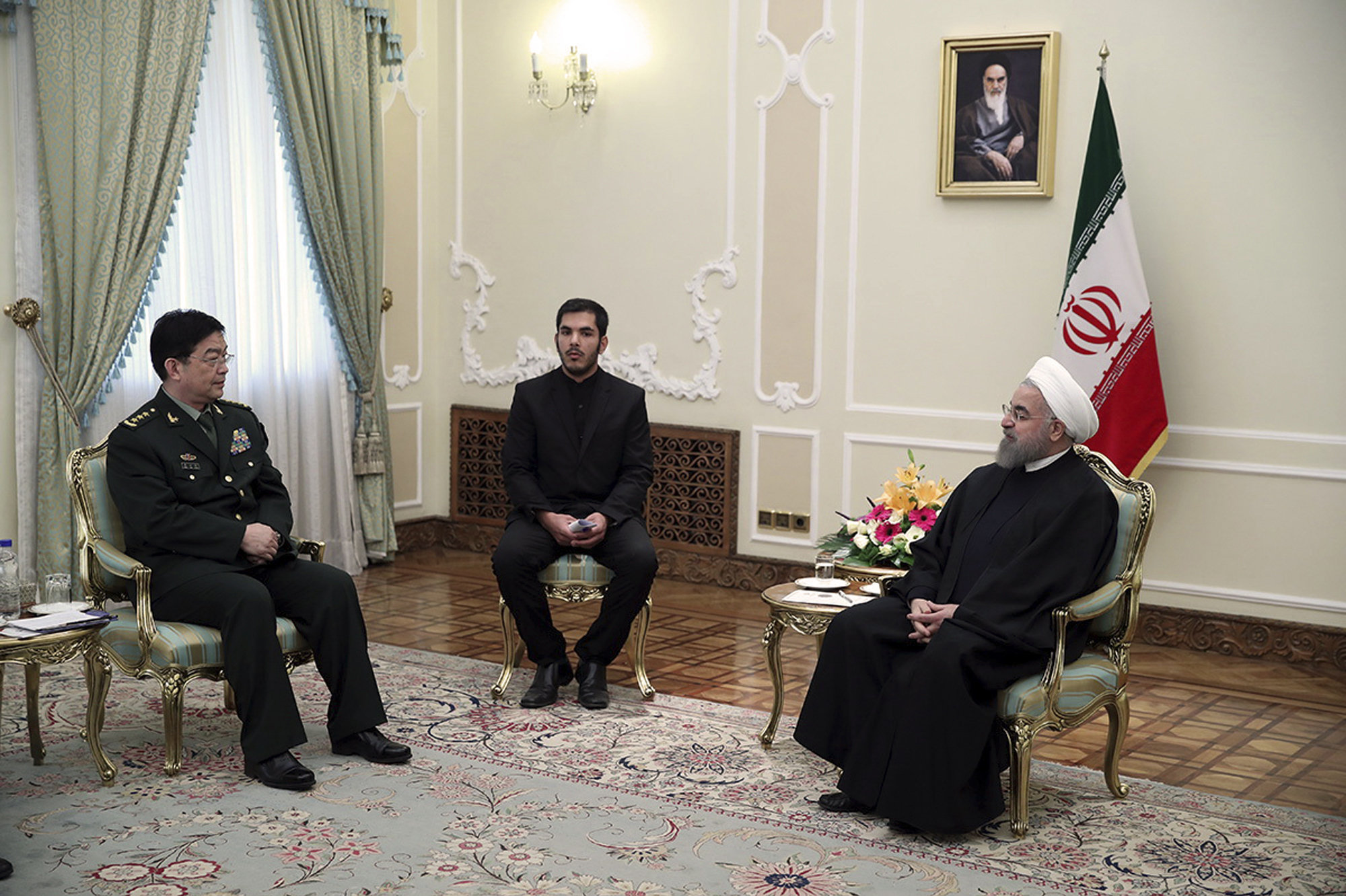 In this photo released by an official website of the office of the Iranian Presidency, President Hassan Rouhani, right, meets with Chinese Defense Minister Chang Wanquan, left, at his office, in Tehran, Iran, Tueday, Nov. 15, 2016

On November 14, the two countries signed an agreement on closer military cooperation in a number of areas including military training and counterterrorism operations. Both sides also pledged to hold joint military exercises in the near future.

Commenting on the visit, Maria Pakhomova, an expert from the Institute of Oriental Studies of Russian Academy of Sciences noted to Sputnik that Iran is a key player in the Middle East and it is absolutely impossible to find a solution to the Syrian crisis without it. She also noted that China has visibly intensified its diplomatic efforts in Syria. One of the indications of this activity was the appointed of Xie Xiaoyan as the Special Envoy of the Chinese Government on the Syrian issue.

The expert noted that Xie Xiaoyan is an experienced career diplomat who has served as ambassador to Iran, hence the move has been aimed at settling the crisis and intensifying contacts with all the parties to the conflict.

“Iran seems to be very important partner for China in settling the Syrian crisis, as the Chinese special envoy to Syria has served as the country’s ambassador to Iran,” she told Sputnik. “He became ambassador in 2007, in the midst of the Iranian nuclear crisis. This diplomat is a significant person for Iran and has deep contacts with Iran,” she added. His appointment to the key post in settling the Syrian crisis, she noted, serves as an apparent demonstration that China is assigning Iran one of the key roles in the geopolitical game in the Middle East.

However she also suggested that it is Tehran, who is playing the “Chinese card” with the help of the military contacts.

“China possesses a very powerful military potential, including its Naval Forces. Thus Iran is interested in boosting military cooperation with China, including military drills in the Persian Gulf,” she told Sputnik, reminding that the two countries already had joint military exercises back in 2014.

The expert further noted that Beijing’s reaction to the situation in the Strait of Ormuz and to the activity of the Iranian Naval Forces in the area is also very important to Tehran. China is closely watching developments in the region as it is one of the most important transportation channels of energy resources into China, she stated.