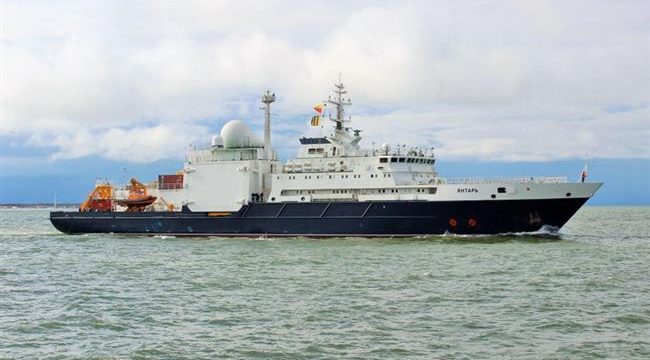 The frigate, dubbed Yantar, arrived in Bandar Abbas, the capital of Hormozgan Province, on Friday for a five-day stay.

Speaking during a ceremony to welcome the fleet, Commander of Iran’s First Naval Zone Admiral Hossein Azad said the Islamic Republic’s Navy hosts the Russian ship “in line with [efforts] to maintain and develop relations between Iran and Russia and establish and improve security in the region.”

During their stay in Iran, the Russian naval personnel and commanders on board the fleet are scheduled to take part in joint cultural and sports activities with Iran’s Navy and visit historical and cultural sites in Hormozgan.

In September, an Italian Navy frigate, dubbed Euro, docked at Iran’s port city of Bandar Abbas for a four-day stay.

In recent years, the Iranian Navy has increased its presence in international waters to protect naval routes and provide security for merchant vessels and tankers.

In line with international efforts against piracy, the Iranian Navy has been also conducting patrols in the Gulf of Aden since November 2008 in order to safeguard merchant containers and oil tankers owned or leased by Iran or other countries.

Iran’s Navy has managed to foil several attacks on both Iranian and foreign tanker ships during its missions in international waters.