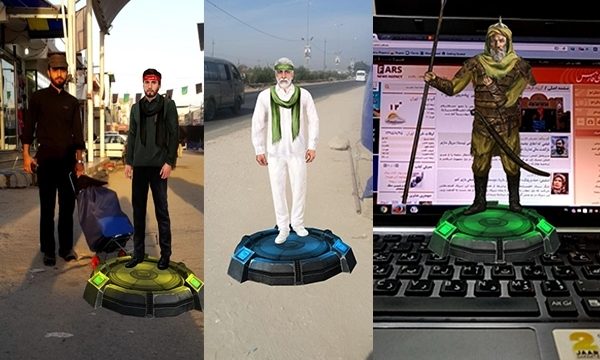 ‘Paradise’ is location-based augmented reality mobile software, i.e. it uses a mobile device’s GPS capability to locate the user, adds specific content to the reality in some places of the world and displaces it virtually.

In this application, some characters of Karbala, as well as two narrators, speak with the user in different places, expressing some concepts of the movement of Imam Hussein (PBUH).

Some points, like the Iranian consulate in Karbala and Red Crescent clinics, are also marked in the software.

‘Paradise’ is currently published in three languages of Persian, English and Arabic for the 80-km path from Najaf to Karbala and is also going to be designed for other holy places.

Arbaeen, which is one of the largest religious gatherings in the world, comes 40 days after Ashura, the martyrdom anniversary of the third Shiite Imam, Imam Hussein (PBUH).

Each year, a huge crowd of pilgrims flock to the Iraqi city of Karbala, where the holy shrine of Imam Hussein (AS) is located, to perform mourning rites.