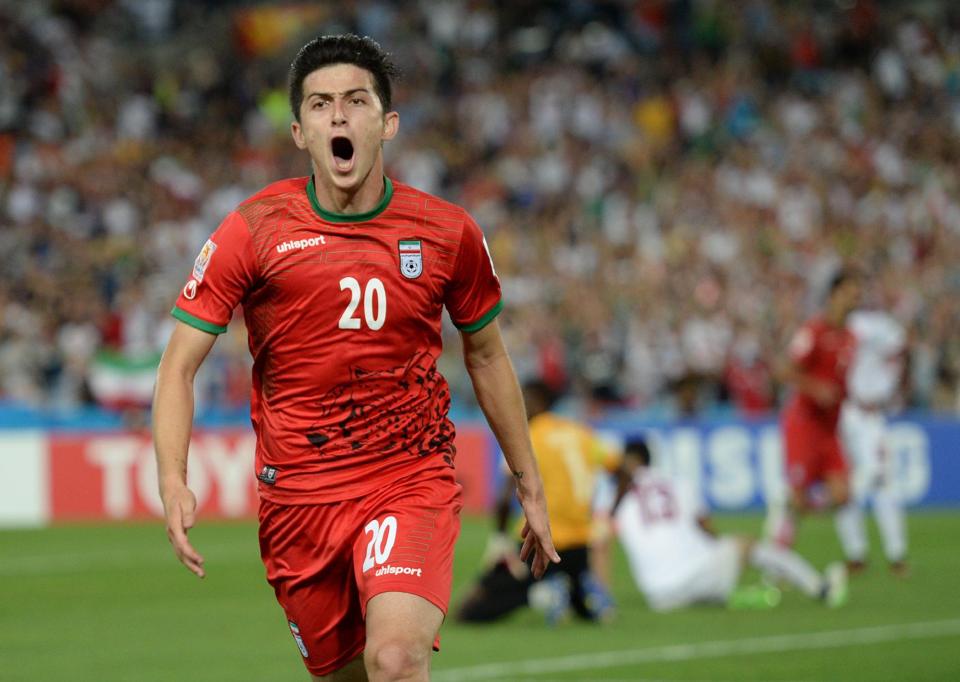 Liverpool target Sardar Azmoun profiled: Who is the FC Rostov and Iran forward?

With Danny Ings out until the end of the season after sustaining another serious knee injury and Sadio Mane set to take part in the Africa Cup of Nations in January, Jurgen Klopp is in the market for attacking reinforcements.

The Reds’ German boss admitted last week he could delve into the transfer market when it reopens in the new year, the Liverpool Echo report.

Roberto Firmino, Daniel Sturridge and Divock Origi are the club’s frontline strikers but Klopp believes the Reds may need to splash the cash in order to ensure they have sufficient cover to maintain a challenge for silverware.

“We watch the market all the time and of course we need to be prepared for different situations and one of them is injuries,” Klopp said.

“The African Cup of Nations we already knew about so we don’t need to be influenced or surprised by that, but it could be a moment when we approach the market.

“It’s not about about how many strikers. Three strikers is enough, I think. But when Sadio is away we will be without a winger. We do not have many wingers, I would say.”

Borussia Dortmund’s Christian Pulisic remains on the radar but Azmoun, an Iranian international, has now emerged as a player interesting the club’s scouting network.

This should come as no real surprise, of course. Azmoun is fast becoming a highly-rated prospect for his performances in Russia – the sort of player Liverpool are constantly in the market for.

Here is a profile on the Rostov man.

To give a more potted history: After growing up in Iran, he caught the eye of Russian club Rubin Kazan, where he moved to as a 17-year-old in 2013. He would emerge as a first-team squad member in the 2013/14 season, scoring four goals in 14 league appearances; but after an unconvincing second season, he went to FC Rostov on loan.

Traditionally strugglers in the Russian Premier League, he arrived with three months of the season remaining with Selmashi battling against relegation. His form, and three goals, helped steer them to safety.

That earned him an extension of his loan deal with the club into the 2015/16 season, with his presence guiding them to second – their best-ever league finish, and a place in this season’s Champions League. With nine goals, the loanee was Rostov’s top goalscorer and became talisman to their unlikely title challenge.

So why isn’t he back at Rubin Kazan?

Kazan – who Liverpool faced in last season’s Europa League – felt they could recall him after Azmoun became one of Russia’s hottest talents. Rostov, however, triggered his release clause with the player wanting to remain with Rostov; Kazan denied such a clause existed and lodged a complaint with FIFA, but intervention from the Court of Arbitration for Sport ruled in favour of Rostov.

How has he done for Rostov this season?

He only has one goal in 11 league appearances so far as Rostov, sitting in seventh, struggle to recapture last season’s form. But more pertinently, perhaps, is that he is impressing in the Champions League.

Having scored goals against Ajax and Anderlecht to help them reach the group stage, he has caught the eye in a group containing Atletico Madrid, Bayern Munich and PSV Eindhoven.

He also scored the equaliser at Vicente Calderon against Atletico, although the Russians would lose 2-1 to a stoppage time goal.

‘The Iranian Messi’, then?

It’s a modern phenomenon to liken emerging players to current superstars, and Azmoun hasn’t escaped that.

The comparisons, it seems, derive from his ability on the ball. He is light-footed, tricky on the ball and possessing good dribbling skills.

While his goalscoring record isn’t outstanding at Rostov – albeit in a defensive set-up, in a defensive-minded league – his efforts for the national term have earned him the nickname.

Azmoun made his international debut aged just 19, and was even called up to the Carlos Quieroz’s World Cup provisional squad in 2014 – although he would not make the final 23.

He has bagged 16 goals in 22 appearances, including a hat trick in Macedonia earlier this summer.

But don’t expect a Messi lookalike, either. Although he is athletic, he stands at six foot one, and is strong in the air.

Where does he play?

Despite Klopp hinting at needing a winger, Azmoun has actually started every game this season up front for Rostov.

He is regarded as a versatile player, but utilised mainly down the centre of the pitch, with the ability to play as a no.10 as well.

But the Iranian would seem to have the sort of qualities needed to play in Liverpool’s front line; he is quick, controls the ball well, creates and likes to get forward into the box.

He has also been commended for his finishing from close range – something that he could thrive off at Anfield – and is built well.

The path from Russia to the Premier League is a tumultuous one.

The likes of Andrey Arshavin and Roman Pavlyuchenko have come to England and impressed immediately, but had difficulty maintaining that form.

Solomon Rondon is the most recent high-profile arrival, moving from Zenit St Petersburg to West Brom. Though he has been one of the bigger success stories, that in itself shows how hard it is to adapt.

There is also a strange statistic worth noting: Azmoun has actually taken more shots on goal with his head than his feet this season. He might seem capable of adapting to a more free-flowing role, but perhaps the acclimatisation will be too much.

Why would Liverpool want him?

It should be noted Liverpool are simply monitoring him, but it isn’t hard to see why. He has exploded on to the scene at Rostov, and is producing performances both at international level and the Champions League. At 21, with the potential to improve, he fits the remit of what the scouting team look for.

What have other people said?

He was hailed as “world class” by Quieroz when Iran boss. Back in 2015, the former Real Madrid boss also said: “He has all the qualities to succeed at the highest level.

“He is improving all the time. He has to keep his feet on the ground, work hard and make the right decisions.

“If so, he could be a real star of Iranian and Asian football for years to come.”

Writing about his header against Ajax earlier in the season, Veth wrote: “This goal, in particular, made me recall former Borussia Dortmund and Liverpool striker Karl-Heinz Riedle.

“Riedle was a gifted striker who, despite his low height of just 180cms, was known as Air Riedle in Germany, for his ability of seeming to stand in the air to receive crosses.

“Hence, it would not be an exaggeration to compare Azmoun to the former German international.

“It is now up to Azmoun, however, to prove that he can play at the highest level in the Champions League before he makes the inevitable move to a big European league.”

Would he move to Liverpool?

There might be some competition with the likes of Borussia Dortmund, Schalke, Leverkusen and Marseille also linked.

But despite being a Real Madrid fan, Azmoun has revealed the Premier League is his preferred destination.

“I’m in love with English Premier League and it would be a dream for me to play in England’s top division.”