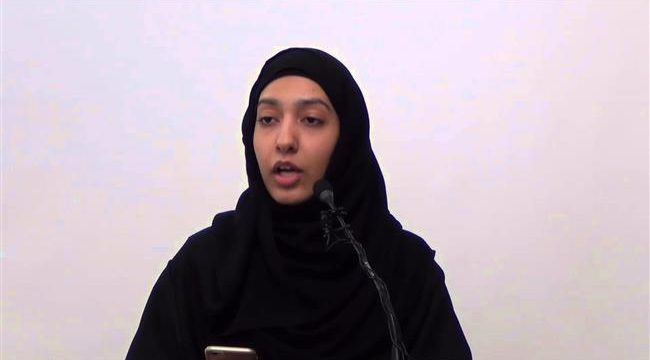 Press TV- Bahraini authorities have prevented a human rights activist from traveling abroad in the latest restrictions imposed by the ruling Al Khalifah regime on the movement of political dissidents.

Deputy secretary general of the European-Bahraini Organization for Human Rights, Fatima al-Halwaji, was stopped at the airport on Wednesday. It was not clear where she was heading.

Authorities informed her that she could not travel abroad based on an order issued by the public prosecutor’s office, Arabic-language Lualua television network reported.

The order read that Halwaji had been slapped with a travel ban on charges of “spreading false news through social media networks,” it said.

Enas Oun, head of the Monitoring and Documentation Department at the Bahrain Center for Human Rights (BCHR), was also prevented from attending a human rights workshop in Tunisia on August 22.

Anti-regime protests are almost a daily occurrence in Bahrain where a popular uprising hit the country on February 14, 2011. Protesters are demanding that the Al Khalifah dynasty relinquish power.

Troops from Saudi Arabia and the United Arab Emirates have been deployed to the tiny kingdom to assist in the crackdown.

Scores of people have lost their lives and hundreds of others been injured. The regime has also arrested and jailed hundreds of protesters and political leaders, subjecting them to torture and other abuse, according to rights groups.

The US and the UK are among close allies of Bahrain which is home to the 5th American naval fleet.