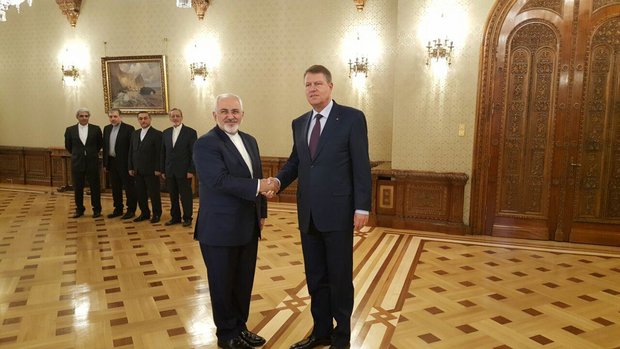 Zarif’s hectic visit to Romania is continued with a discussion with President Iohannis of economic and political relations, Iran’s state news agency IRNA reported from Bucharest.

This is one of Zairf’s several meetings with officials of Romania in a tour which includes meetings to Austria and Czech Republic, which reportedly seek to examine Iran’s odds of improvement on trade with East European countries.

A delegation of 30 tradesmen and diplomats accompany foreign minister in the tour. Zarif also attended Iran-Romania economic conference and Conference on Fighting Extremism and Terrorism earlier Wednesday. His next meeting will be with speaker of the Parliament and will visit EU Parliament building in Bucharest which is the greatest of its sort. Visits to Iranian expatriates in Romani and country’s prime minister are also on Zarif’s agenda.