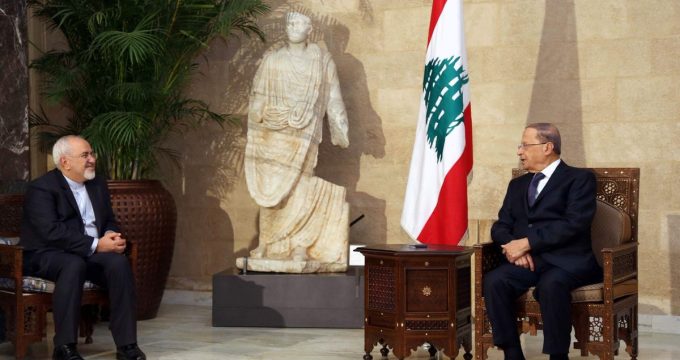 The meeting took place in Baabda Palace in Beirut.

Immediately after his arrival in Beirut, Zarif went to Baabda Palace to meet President Aoun.

This is the first meeting of President Aoun after taking office in Lebanon.

General Michel Aoun was elected one week ago on absolute majority of votes cast in his favor by the Lebanese representatives. He is now the 13th president of Lebanon.