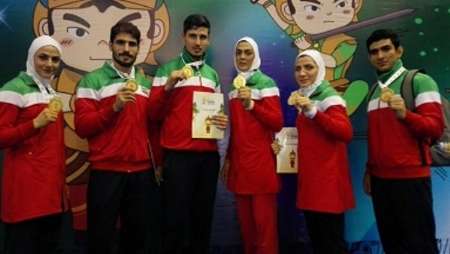 Sanda World Cup, which opened in the Chinese city on Friday, came to an end on Sunday.

Iran had participated in the competitions with seven athletes – four men and three women.

The host China became champion by winning 10 gold medals, and Philippines came third following Iran, with 2 gold medals, one silver and a bronze one.