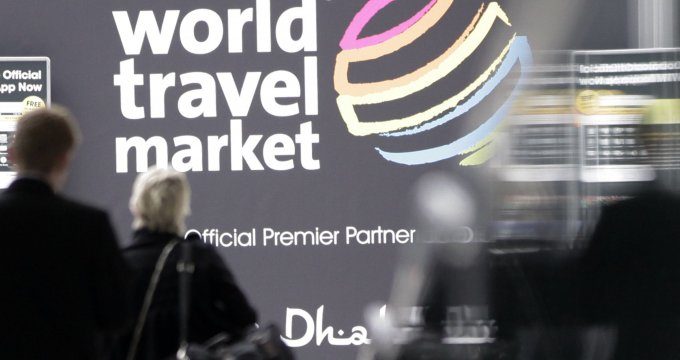 Financial Tribune- The highly anticipated World Travel Market London, a leading industry exhibition, will return for its 2016 edition on November 7 with the promise of even more business than last year’s record $3.23 billion—with Iran expected to impress again following its showing in the last expo.

Last year, the WTM London 2015 Industry Report identified Iran as one of the emerging destinations for UK holidaymakers.

“One in six UK holidaymakers has expressed an interest in visiting the country, which is a significant percentage for a country that has been off the tourism map for so long,” says Simon Press, WTM London senior director.

In an interview with TTN Worldwide, an established travel publication in the Mideast, Press singled Iran out as the country to watch at this year’s expo.

“Iran boasts the most UNESCO world heritage sites in the whole of the Middle East (21), so there’s plenty to visit for overseas tourists,” he said.

“Furthermore, the largest delegation of Iranian private and public sector was in attendance at WTM London in 2015 to agree deals with tour operators and travel agents to bring overseas tourists to the country and WTM London 2016 is expecting even more business for the country.”

According to the director of WTM London, one in three industry executives expect to do more business in Iran next year.

“A number of multinational companies have expressed an interest in developing the country’s tourism infrastructure,” he added.

Press credited the growing interest in Iran to the thaw in Tehran’s relations with the international community following the landmark nuclear deal signed last year with the six major world powers, which resulted in the partial lifting of western-backed sanctions in January.

A number of countries, including Britain, France and Australia, eased their advice against traveling to Iran following the signing of nuclear deal.

At last year’s expo, Caroline Bremner, the head of travel at Euromonitor International, said, “There is certainly pent-up demand to visit Iran and it is centrally located with good air links to Africa, Europe and Asia, so we expect those tourist numbers to boom.”

Iran hosted more than 5.1 million foreign tourists last year and it expects to hit the 20 million mark by 2025, potentially increasing its $7.5 billion annual revenue to $30 billion.

WTM London has attracted around 150 new exhibitors this year. The three-day event will host more than 80 conferences seminars running the gamut from aviation and hotels to blogging and social media.

#IranDeal, London, World Travel Market November 3, 2016
What does Democracy mean to American officials?
Top aide to Hillary Clinton urges the FBI to disclose what it knows about Trump’s Russia ties