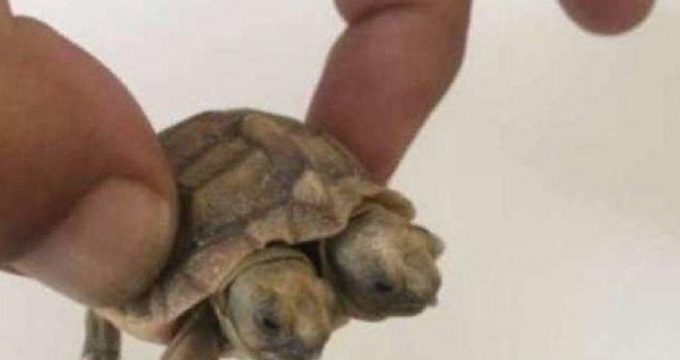 A two-headed turtle has been born in Khatam, a city in Iran’s central Yazd Province, The Tehran Times reported.

The head of the local environmental protection department, Saber Afhami, told the newspaper that the newborn turtle was in good health, the newspaper wrote.

The rare turtle arrived into this world in the company of another, less odd-looking single-headed, one. Saber Afhami held out hope that scientists would look into the cause of this unusual phenomenon.