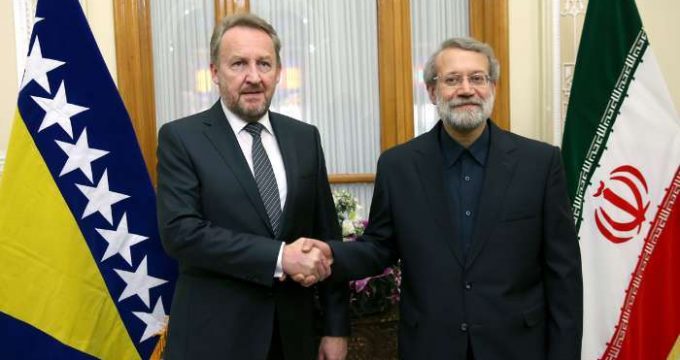 He made the remarks in a meeting with Chairman of Bosnia- Herzegovina Presidential Council Bakir Izetbegovic.

Considering reasons for expansion of terrorism in the region, Larijani said that terrorist groups were being used as tool by a number of countries, but after while, they lost control of them and now the terrorists have upper hands.

Another reason is existence of a current of thought among minority of Muslims which helps bring up terrorists.

Izetbegovic arrived in Tehran on Monday to pay an official 4-day visit.

He was accorded formal welcome by President Hassan Rouhani.

Izetbegovic was received by Supreme Leader this afternoon.
He is to visit Isfahan on October 26.