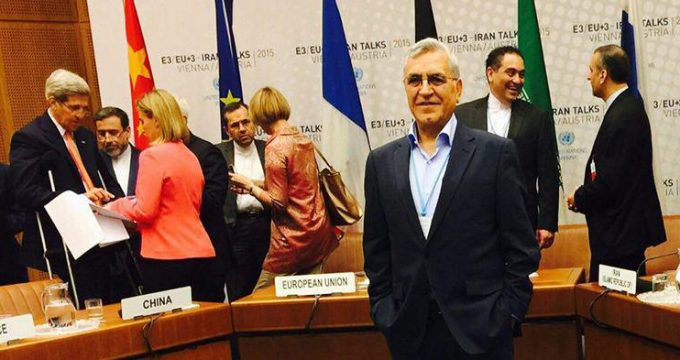 Iran’s intelligence minister said Tuesday that a British-Iranian member of its nuclear negotiating team had been cleared of spying allegations, state media reported.

Abdolrasoul Dorri Esfahani, part of the team that secured a nuclear accord with world powers last year, was arrested in August and described by a judiciary spokesman as an “infiltrating spy”.

But in a written note to parliament, Intelligence Minister Mahmoud Alavi said the case had been dropped, the official IRNA news agency reported.

“According to the views of the intelligence ministry’s experts, Mr Dorri Esfahani was not engaged in spying,” the note said, according to deputy speaker Masoud Pezeshkian.

Esfahani’s role in the nuclear negotiations has not been clarified.

Local media reported in August that he was not an official member of the team and had only been brought in as an expert on specific economic questions.

However, conservative-linked weekly Ramze Obour claimed he “bypassed the negotiating team and gave invaluable information to the United States”.

Conservatives say Iran has faced “infiltration” by Westerners since the nuclear deal and several dual nationals have been detained on espionage charges.

Last week, high-profile Iranian-American businessman Siamak Namazi, his 80-year-old father and four other dual-nationals were all given 10-year sentences for “conspiring” with the United States.