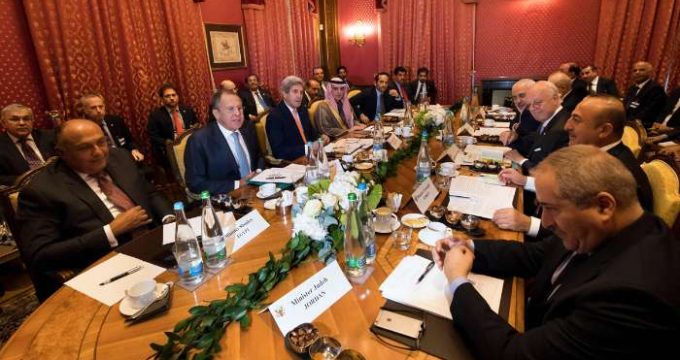 October 15, The Iran Project – Although the Iranian authorities had initially said that Iran would not attend the Lausanne meeting, last night it was announced that Foreign Minister Mohammad Javad Zarif will take part in the talks following acceptance of the country’s conditions.

Some sources in Iran’s Ministry of Foreign Affairs as well as government officials firstly announced that that Iranian foreign minister has no plans to take part in the Lausanne meeting because of its deep differences of opinion with some participating parties on the Syria conflict.

Following the announcement, Russian Foreign Minister Sergey Lavrov and EU’s foreign policy chief Federica Mogherini made some phone calls with Iran’s FM, calling for Iran’s participation in the meeting; Iran also determined its condition for the presence in the talks.

Accepting some of Iran’s terms and also agreeing to increase the number of countries participating in the summit, they made Iran satisfied to take part in the Lausanne meeting.

Russian Deputy Foreign Minister Mikhail Bogdanov also said Russia called for Iran, Iraq and Egypt to attend a ministerial meeting in Switzerland’s Lausanne for talks on the Syria crisis, stressing that the countries that have influence in Syria should participate in the process of settling its crisis.

The negotiations were to start in Lausanne Saturday with US Secretary of State John Kerry meeting Russian Foreign Minister Sergei Lavrov as well as top diplomats from Egypt, Iran, Iraq, Turkey and Saudi Arabia.

Some 470,000 Syrians have been killed throughout the five years of bloodshed, 4.8 million have fled the country, and 6.6 million have become internally displaced by the violence.