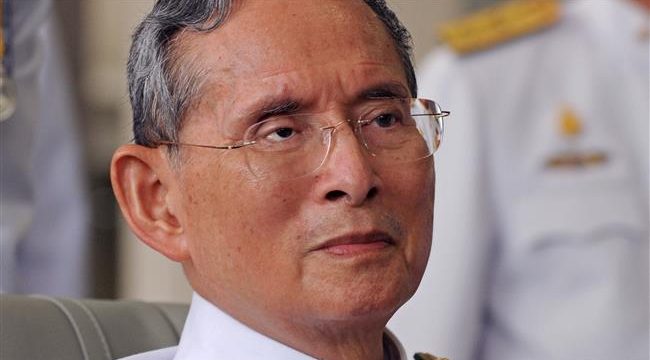 Thailand’s King Bhumibol Adulyadej, the world’s longest-reigning monarch, has died at the age of 88, casting uncertainty over the Southeast Asian state’s political future.

“His Majesty has passed away at Siriraj Hospital peacefully,” the Royal Household Bureau said in a statement on Thursday, adding that he died at 15:52 local time (0852 GMT).

The palace did not reveal the reason for the king’s death, but it had warned days ago that his health was “not stable.”

Thailand’s parliament is to hold a special session at 21:00 local time (14:00 GMT) to discuss the new development.

The monarch’s demise has plunged the political future of Thailand in doubt as his presumed successor, Crown Prince Maha Vajiralongkorn, 63, lacks the widespread popularity his father enjoyed during his 70-year reign.

The transition of power following the king’s death could become an important juncture in a country ruled by a military junta and long divided by rival political parties.

The former general, Prayuth Chan-ocha, has been at the helm of the country since the last democratic government of Yingluck Shinawatra was toppled after years of political turmoil in a 2014 coup d’etat.

The king, who essentially had a symbolic role, had been in poor health for some time, and spent most of the past six years in Bangkok’s Siriraj hospital.

The king had been receiving treatment for a respiratory infection, a buildup of fluid surrounding the brain and a swollen lung in the past few months.

King Bhumibol was re-admitted in Siriraj hospital in May 2015 and was last seen in public in January, when he spent several hours visiting his Bangkok palace.

The majority of the country’s 68-million-strong population viewed the monarch as a traditional pillar of Thailand’s unity as well as stability in rapidly-changing times.

King Bhumibol ascended to the throne on June 9, 1946, and his reign witnessed 10 military coups, the most recent in May 2014 led by Prime Minister Prayuth Chan-ocha.

UN Secretary-General Ban Ki-moon was quick to offer condolences to Thailand on the king’s passing, expressing hope that the country would honor his legacy of commitment to universal values and respect for human rights.