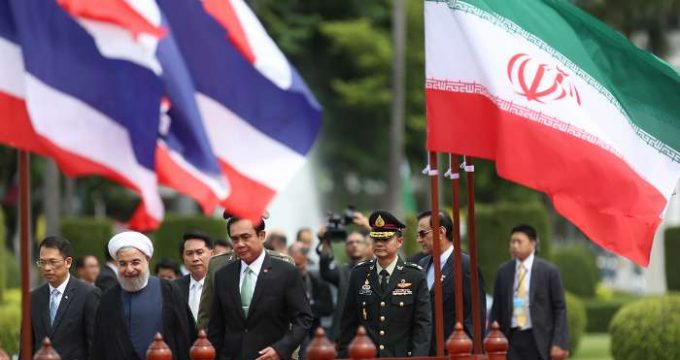 Thailand is the last station of Rouhani’s three-nation Southeast Asian tour that started from Vietnam on October 5. After Vietnam, the Iranian President visited Malaysia.

After the national anthems of the two countries were played, Iranian president and Thai prime minister inspected the guard of honor before starting their bilateral talks.

In Thailand, Rouhani is to attend the second Asia Cooperation Dialogue (ACD).