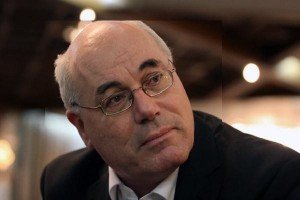 Speaking to IRNA exclisively, Cook added that Iran has vast amount of new oil and gas development fields which is attractive to International Oil Companies (IOC).

Following is the full text of his interview with IRNA:

Q. What were Iran’s oil advantages that you think might have led Shell and BP to purchase oil from Iran comparing to other nation states in the region?

A. In the oil and gas business, the greatest economic potential lies in development of new fields and regeneration of existing neglected fields. Operation and run-off of mature and declining fields – such as those in Saudi Arabia – is essentially a low margin utility business. I believe that the principal objective of these purchases was to re-establish a commercial relationship with Iran as perhaps the most important oil producing nations in the world in terms of development potential.
Of course neither BP nor Shell is a charity, so I would imagine that the cargoes in question were competitively priced, but in my view their primary purpose was as a proof of the commercial logistics and payment channels.

Q. Could this be referred to as the fruit of Joint Comprehensive Plan of Action (JCPOA)?

A. There is no doubt that oil purchases from Iran by global IOCs of the stature of BP and Shell represent the first fruit of the JCPOA agreement, since they would have been impossible without the agreement.

Q. Since this was a one-time cargo, do you think this trend would continue and lead to longer term contract?

I think that this initial cargo, which as I understand it was not conventional oil, but condensates, can be seen as a proof of concept for whatever payment channels have been set up between the seller and the buyer.
Longer term supply contracts for a series of oil cargoes have parameters for buyers which a one-off purchase of condensates (probably at an attractive price) does not have.
Firstly, the grade/quality will have to be suitable for the buyer’s refineries (since as far as I know Iran does not yet permit re-sale of cargoes).
Secondly, the pricing of oil supply will have to be agreed by reference to a mutually agreeable benchmark price, which opens up risk management issues which Iran is not currently able to address in a cost-effective way.

Q. Can we also conclude that this is a sign that financial banking problems are being resolved?

A. I presume that a channel for payment in Euros has been resolved. I doubt whether dollar payments or clearing will be available before the US presidential election, and even if it is, I suspect that both of the current US presidential candidates will be unable and/or unwilling to prevent the US legislature from closing down dollar payments in the future and generally back-tracking on the JCPOA.

Q. What happens if the new US president goes aggressive against Iran?

A. I regret to say this, but I do not believe that there is any possibility of anything other than negative action from the US in future. However, I regard this as a positive not a negative for Iran since there are now other options available which are preferable in any case.

I believe that the commodity era for oil – where oil is bought and sold for profit – largely came to an end over a decade ago, and that we have seen oil become financialized as an asset class by passive & risk averse investors whose motive in buying oil is to protect their capital from the effects of inflation in the value of the dollar.

This financialization of oil by investors completely destroyed the validity of the current UK North Sea (Brent/BFOE) global oil market benchmark price. It also enabled the oil price to be supported by the US at a sufficiently high level to enable the development of US shale oil using petrodollars kindly (but unwittingly) provided by Saudi Arabia.

I believe that we are now entering a new market paradigm of ‘energy-as-a-service’ where oil will no longer be sold as a commodity but is supplied under longer term agreements in exchange for an entitlement to oil products produced by the refiner – an ‘oil for product swap’.

So, by way of example Iran could supply oil via BP for refining at Grangemouth refinery, in exchange for an agreed proportion of the products, or to entitlements to BP products anywhere in the world.

Q. You emphasised that Oil should not be treated as a commodity. However due to current financial difficulties in Iran and the fact that buyers are more prone to purchase crude oil, what is your opinion on this?
Q. What is your opinion about Oil freeze policy if Iran wants to adopt this?

A. As it stands, the OPEC Oil Freeze policy is hopeless.
My advice to H E Zangeneh is firstly to build production capacity by all means, but to retain oil and gas reserves in the ground as much as possible and to focus ruthlessly on this Fifth Fuel. Why? The more expensive Iran’s finite resources become in dollars and euros, the more dollar and euro profits are to be made by saving it.

My advice secondly to H E Zangeneh is to out-compete Norway – who maintain the most expensive oil product prices in the world despite producing at a similar level to Iran – by raising consumer prices for transport fuel, heat/cooling, and electrical energy services to the highest in the region. Iran’s population may then receive an Energy Dividend.

Such a dividend would be as energy credits which may be used to pay for energy services. This policy would incentivises energy savings, encourages collaboration and investment in reducing energy costs and carbon fuel use.
In this way, Iran may lead the transition from a Dollar or Euro economy to an energy economy.