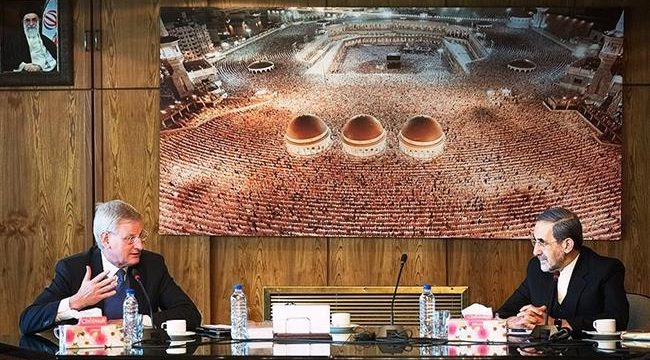 Iran not directly involved in any foreign military operation: Velayati

A senior Iranian official says the Islamic Republic has no direct involvement in military operations and conflicts of other states, including the Iraqi battle to liberate the Daesh-held city of Mosul.

Ali Akbar Velayati, who advises Leader of the Islamic Revolution Ayatollah Seyyed Ali Khamenei on international affairs, made the comments on the sidelines of a Wednesday meeting with former Swedish Prime Minister and current Co-chairman of the European Council on Foreign Relation, Nils Daniel Carl Bildt.

“The Islamic Republic is not directly involved in any conflict or operation in any country,” Velayati asserted.

“Given the experiences of the Islamic Republic’s forces, Iran is on an advisory mission at the invitation of the Iraqi government and provides the necessary advice to the country,” Velayati said.

Iran’s presence in Syria is likewise of an advisory nature and authorized by the respective government.

Velayati also denied that a pending visit by President of Iraq’s Kurdistan Regional Government (KRG) Masoud Barzani to Tehran had anything to do with the upcoming Mosul liberation operation.

“People who are responsible for governing Iraq — [our] Kurdish, Arab, Sunni, and Shia friends — will be warmly welcomed whenever they wish to travel to Iran. Such trips are not subject to any condition.”

‘Europe can do more’

He, meanwhile, said Europe could play a more independent and positive role in resolving regional conflicts.

Those fighting in Syria belong to 80 different nationalities, including European ones, he said, “This can endanger the future of world peace.”

“Preservation of Syria’s territorial integrity is of special importance and is definitely not possible through any military solution,” he added.

Bildt, for his part, said he had traveled to Iran with the aim of strengthening ties between Tehran and the Council of Europe, and said he had “constructive” meetings during his stay in the Islamic Republic.