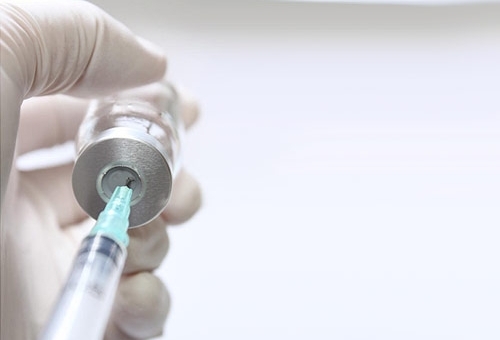 Drug-Trade: Russian innovative vaccine to make up 95% of Iranian market

The Russian-Iranian contract for localizing the production of a new cutting-edge Russian vaccine “Grippol plus” on the territory of the Islamic Republic of Iran is systematically being implemented. Sputnik spoke to president of the pharmaceutical company behind this project.

Leading Iranian pharmaceutical company Sobhan Recombinant is close to completing construction of a medical center where production of Grippol Plus, a Russian vaccine, will be carried out.

The agreement was signed between Sobhan Recombinant and Russian research and manufacturing company Petrovax Pharm. Sputnik Persian spoke with the President of Petrovax Pharm, Elena Arkhangelskaya regarding the prospects of producing the Russian vaccine in Iran.

“The company Petrovax Pharm was founded in 1996 and currently it is on the list of 30 major domestic pharmaceutical manufacturers. However, the most important thing is that we, as a Russian company, are in the top 5 list of the largest producers of immunological pharmaceuticals among foreign suppliers of immune-biological vaccines,”

Arkhangelskaya said. She further said that Petrovax Pharm exports its products to many countries including the CIS countries, Slovakia, Cuba and Belorussia. Currently, the company is expanding to the Middle East and plans to expand to Latin America in the near future. “Last year, the Ministry of Health of Belarus signed a long-term agreement for the localization of production of our influenza vaccine Grippol plus. In just a year, we have been able to establish production there and work out the entire production process.” She further said that this year, Belarus is producing and making deliveries for preventive vaccinations on its own.

“The scope of supply is 4 million doses. Although it would seem a small amount, however, do not forget that the population of Belarus is 14 million people. Thus, our vaccination covers 40% of the total supply. The effect of localizing the Russian vaccine is that in the past 4 years there has been no influenza epidemic in Belarus,” Arkhangelskaya said. Expanding to Iran This year, the company Petrovax Pharm registered its influenza vaccine Grippol plus in Iran. “The other day I signed a second package of documents for the long-term cooperation with the company Sobhan Recombinant Protein. This is an Iranian company, which is constructing a production building which is almost ready,” the president of the company told Sputnik.

According to her, the production of the Russian vaccine in Iran will begin by 2019.

She added that currently the market for vaccines in Iran is 2.5 million doses, whereas, the population is almost 80 million. “Therefore, it is clear that there is a huge potential in Iran. However, there is a law which suggests that if production is localized, the company will get 95% of the market share in the country.

The government in Iran has not introduced a national calendar for preventive vaccinations until there is their own local product. So for us, this is a great and very interesting project,” Arkhangelskaya said. Giant leap in Russia’s pharmaceutical development Arkhangelskaya mentioned that her company works closely with American pharmaceutical company, Abbot, Pfizer and German company Boehringer Ingelheim. “For the first time in its century-long history, the German pharmaceutical giant [Boehringer Ingelheim] is localizing its product in Russia,” Akhangelskaya told Sputnik. She added that success of all such projects mostly depends on the good teamwork.

“If there is communication, properly structured dialogue between them, the result will be achieved in time,” the president said. Talking about the Russian pharmaceuticals companies, she said that they have made a giant leap in their development. “Back in 1996, most of the companies operating in Russia were foreign. However, today, Russia is producing monoclonal antibodies and that is something to be proud of.”

“It is worth to thank our entrepreneurs who work in the pharmaceutical industry because they have decided to invest in the construction of industries and not to rely on imports. Foreign pharmaceuticals were not ready to invest in order to modernize the Russian domestic enterprises,” Arkhangelskaya concluded.

#IranDeal, economy, Iran-Russia ties, Russian vaccine “Grippol plus” October 5, 2016
President Rouhani off to Vietnam
US to lose influence in Syria after halting dialogue with Russia – Ex-Ambassador