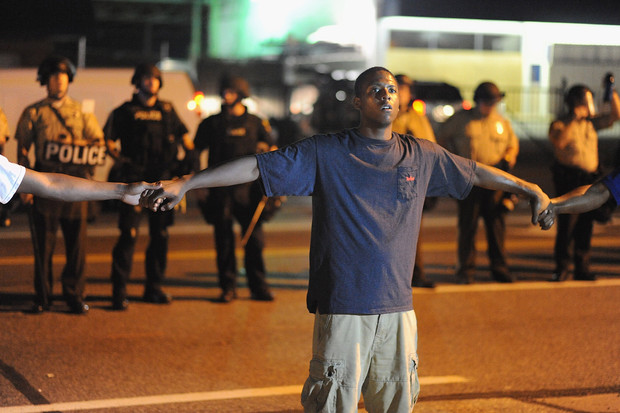 “About one third of the American population lives under virtual police occupation and regards the police as a dangerous, hostile army. This situation has gotten worse as more and more American police are trained in Israel, where they are taught to treat minorities the way the Israelis treat Palestinians,” Kevin Barret told the Tasnim news agency.

Following is the full text of the Barret’s interview.

Tasnim: A new wave of protests has gripped various states in the US after unarmed African American Keith Scott was shot dead by police on September 22, 2016, in Charlotte. As you know the United States has been a self-declared champion of human rights across the globe. However, the recent killings of African-Americans by the US police have raised questions about Washington’s own record. What is your take on the human rights situation in the US?

Barrett: The US has a mixed record at best on human rights. While it ranks highly on free speech – I can write and say anything I want in the alternative media – in other areas the US is a major human rights abuser. For example, the American police are more brutal and violent than their counterparts in other nations, and their brutality disproportionately targets minorities, especially African-Americans. About one third of the American population lives under virtual police occupation and regards the police as a dangerous, hostile army. This situation has gotten worse as more and more American police are trained in Israel, where they are taught to treat minorities the way the Israelis treat Palestinians.

Tasnim: African American communities in the US are increasingly falling victim to violence and discrimination. Why? Do you believe the white-dominant system has waged a war on the blacks?

Barrett: There is plenty of racial tension in the US. But I wouldn’t say the white population as a whole is “waging war” on the black population. Instead, it is a class war. The rich who run the US are crushing the poor and eliminating the middle class. This class war hits African-American communities hardest. The police occupations of black neighborhoods are the result of this class war on ordinary working Americans.

Tasnim: Back in June, the US Senate rejected a series of gun-control measures just days after the Orlando nightclub massacre shooting, including proposals to keep weapons out of the hands of people on terror watch lists. Every year, more than 30,000 people are shot and killed in the United States. What do you think about the Senate move?

Barrett: I will support disarming the American people as long as the military, the police, and private security firms disarm first. These uniformed psychopaths, and their bosses in the corporate boardrooms, are most dangerous criminals in America. Ordinary Americans will need more and better guns, as well as help from patriotic elements of the military, if they are ever to overthrow the corrupt political and financial establishments that have shredded the Constitution and put the US on a fast train to dystopia. So I view gun control, under current conditions in the US, as an impediment to a much-needed Second American Revolution.