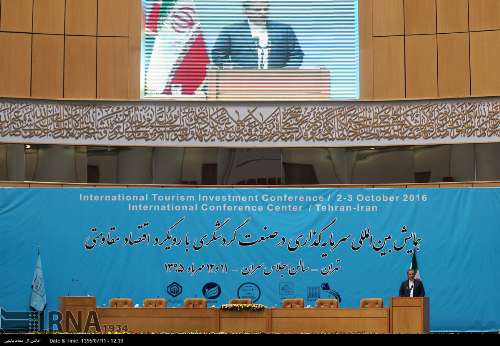 Tourism is one of the main areas in intercultural relations, Jahangiri said in the international tourism investment conference on Sunday, adding that today, the tourism development has a key role in developing understanding and increasing the level of national, regional and global perceptions.

Referring to Iran’s potential capacities in tourism industry, the Iranian VP stressed that  Iran which was once the center of the Silk Road and the Spice Road, is today one of the world’s largest cultural and historical points of intersection.

In post-sanction era, most governments and international institutions are willing to develop relations with the Islamic Republic of Iran, so the country has the best conditions for attracting foreign investment to develop tourism.

Iranian Vice President Masoud Soltanifar, who also attended the conference, pointed out that in the past three years, the growth of foreign tourists visiting Iran has been 2 times the global average.

Saying Iran has the capability to become the world’s major tourist destination, Soltanifar stressed that tourism in Iran is not only an advantage but a necessity.