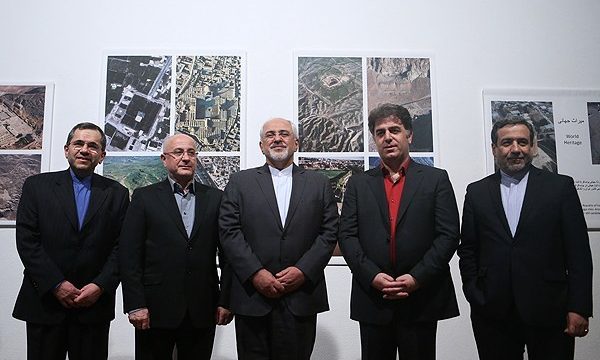 FM: Nobody can set out conditions for Iran

Tehran, Oct 1, IRNA – Iran is an independent country and no country is permitted to set out conditions for the Islamic Republic, Iranian Foreign Minister Mohammad Javad Zarif said on Saturday.

He made the remarks among reporters on the sidelines of a ceremony held to celebrate the unveiling of a book titled ‘The delicate aspects of negotiations’.

Answering a question on the conditions set by the German economy minister prior to his visit to Iran, Zarif noted that Iran has a transparent policy and foreign officials from different countries visit Iran based on this policy.

The top diplomat said that Iran is a peace-seeking nation which has managed to stand against outside pressures for over three decades.

Zarif referred to Iran’s fight against terrorism including Daesh at the frontline and said that all countries should be proud of having ties with Iran.

Speaking about promotion of ties with Canada, he described talks with his Canadian counterpart as constructive.

Zarif then referred to the disloyalties of the United States regarding the nuclear agreement reached between Iran and G5+1 and said that Iran would continue resisting against Washington policies using the language of logic.

For domestic political reasons, the US has not done enough to encourage companies and banks to cooperate with Iran, he said.

Zarif said that the US has spread propaganda against Iran for years but now they should stop this approach and compensate for what they have done in the past.

This is what we have repeatedly asked Washington to do, he said.

Elaborating on his letter to Federica Mogherini in the previous month, the foreign minister said that in his letter to the EU high representative he had criticized the way the nuclear deal, known as the Joint Comprehensive Plan Of Action was being implemented and that he had called for a G5+1 ministerial meeting which was held later on.