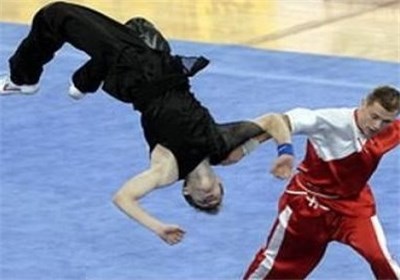 Iran’s Sanda team have secured the second spot in the 6th World Junior Wushu Championships in Bulgaria with two gold, one silver and two bronze medals.

Yousef Sabri and Mohammad Mehdi Garshasbi grabbed two gold medals for Iran in the 70 and 75kg categories, respectively, while Hamid-Reza Sahandi won silver in the 60kg class after being defeated by a Chinese rival.

Iran had also won 2 bronze medals by Armin Afraz in the 65kg class and Fatemeh Veisi who bagged the bronze of girls’ 52kg category.

Powerhouses China won the competitions and Vietnam finished third behind Iran. The event is held in the city of Burgas in two disciplines of Taolu and Sanda and will run until Monday.