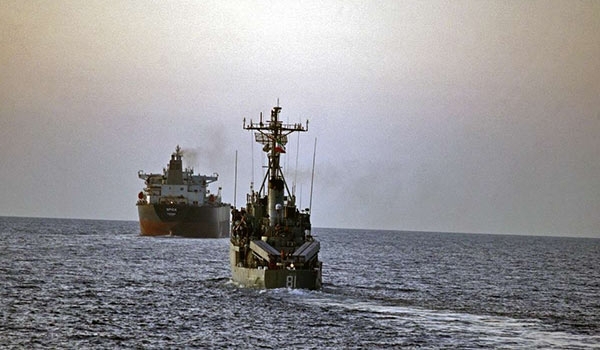 TEHRAN (Tasnim) – An Iranian naval fleet docked at the Pakistani port of Karachi on Tuesday to convey the message of peace and friendship.

“The Pakistani Navy is waiting for the arrival of Iran’s naval ships for a goodwill visit to Karachi Port in the coming days,” he further said.

Back in April, two warships of the Pakistani Navy docked at Iran’s southern port city of Bandar Abbas for four days.

On the final day of their stay in Iran, the Pakistanis held joint naval exercises with Iranian naval forces.

The visit, which was a sign of close and brotherly ties between the two Muslim nations, conveyed the message of regional peace and solidarity and was meant to promote bilateral cooperation.