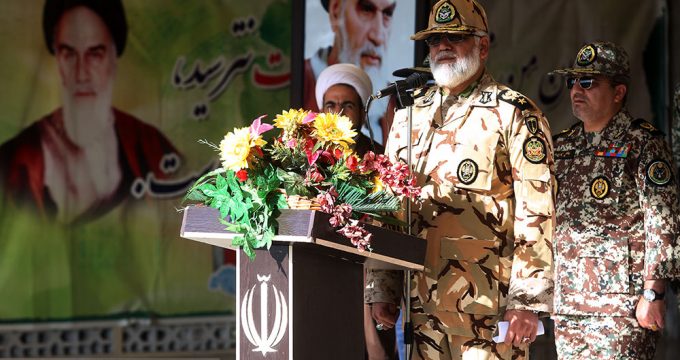 Pourdastan made the remarks in a local gathering on the occasion of the national Sacred Defense Week that started on September 21.

The event marks invasion of the Iraqi Ba’ath regime on Iran in 1980 when an eight-year imposed war began against Iran by the then Iraqi dictator Saddam Hussein.

The commander reiterated that the military forces are capable to foil any potential threat thousands kilometers away from the Iranian borders.

Hailing Iran’s defense and deterrence capabilities, Pourdastan added the defense forces are fully ready to give a crushing response to enemies.

When the US failed to defeat the Islamic Republic of Iran, he said, the bullying powers, led by the US, encouraged Saddam to wage a full-fledged war against Iran with making imaginary promises.