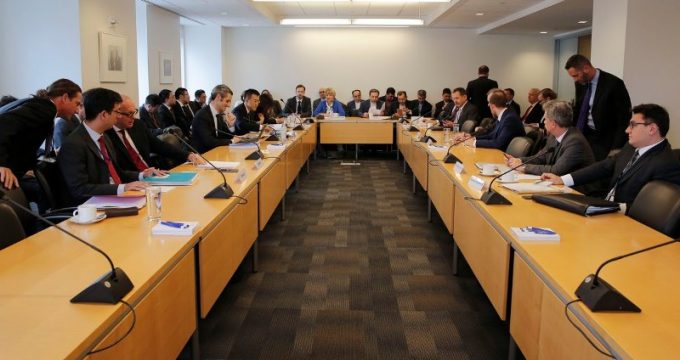 Deputy Foreign Minister for Legal and International Affairs Abbas Araqchi is leading the Iranian team in the meeting while the Deputy foreign policy chief of European Union Helga Schmidt heads the other team.

Since Wednesday morning, bilateral talks have been underway between Iran and the P5+1 member states, including the one between the Iranian Foreign Minister Mohammad Javad Zarif and the European Union Foreign Policy Chief Federica Moghrini.

The results of the bilateral discussions among deputy foreign ministers in the joint commission will be put into discussion later.

The expert teams have been conducting sessions here since yesterday.

On Thursday evening, after the Iranian President Hassan Rouahni addresses the UNSC session, foreign ministers of Iran and the P5+1 member states will held their first session in eight months after the signing of the Joint Comprehensive Plan of Action (JCPOA).