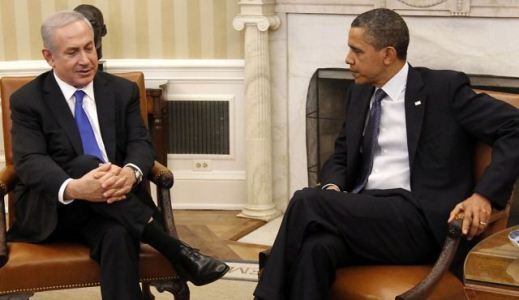 US President Barack Obama and Israeli Prime Minister Benjamin Netanyahu, whose ties have been at odds for a while, are finally set to meet in New York on Wednesday, says the White House.

In a statement on Sunday, White House spokesman Josh Earnest made the announcement, asserting that the issue of Palestine will be on the agenda at the meeting, “in the face of deeply troubling trends on the ground.”

The scheduled meeting would follow signing a record breaking 10-year military agreement with the regime.

According to the Israeli premier’s office, he “will personally thank President Obama for the military aid agreement signed last week.”

Relations between Obama and Bibi have been in tatters for a while in the wake of a nuclear deal between Iran and world powers, including the US, dubbed the Joint Comprehensive Plan of Action (JCPOA).

The latest sign transpired in March, when Bibi skipped a meeting with the US president, who learned of the cancellation via media reports later.

The Israeli prime minister has been a vocal critic of the P5+1 group’s nuclear deal with Iran and has focused on derailing it, causing great resentment within the White House, engaged in negotiations with Tehran.

“Additionally, the leaders are likely to discuss continued implementation of the Joint Comprehensive Plan of Action and other regional security issues,” Earnest said.

Ties have been further strained over Netanyahu’s resistance to the creation of a Palestinian state, which has been a key element of the Obama administration’s foreign policy.

“Prime Minister Netanyahu will discuss with President Obama the challenges in the Middle East and the ways to advance progress in peace and security,” Bibi’s office said.

The meeting will be held on the sidelines of lame duck Obama’s final attendance at the UN General Assembly before he leaves the White House at the end of the year.

It will follow the US pledge to pay Israel $38 billion in military and security aid.

He will hold meetings with other world leaders, including Iraqi Prime Minister Haider al-Abadi.