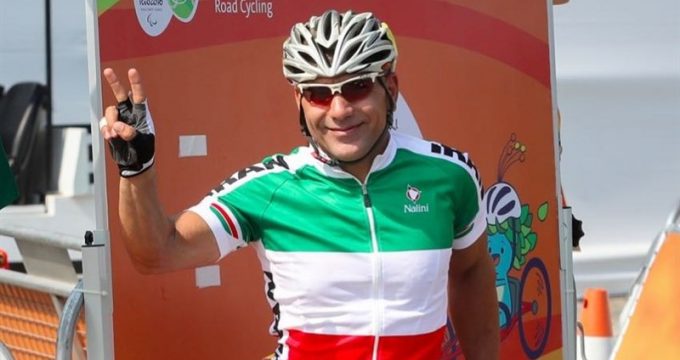 Iran’s participation at the Paralympic Games ended with a gold medal in sitting volleyball, which was dedicated to the cyclist Bahman Golbarnezhad, who died following a crash 24 hours earlier.

Golbarnezhad is the first athlete to die during Paralympic competition, the International Paralympic Committee said, after a crash in Saturday’s men’s C4/C5 road race. He was 48.

Iran’s eighth gold medal of the Paralympics came with a 3-1 win over Bosnia-Herzegovina on Sunday’s final day of competition.

Masoud Ashrafi, the secretary general of Iran’s National Paralympic Committee, said: “There is one bitterness and one sweetness. Today we are so happy because the sitting volleyball team were able to win the gold medal. And we are going to present this gold medal to the soul of Bahman Golbarnezhad.”

A joint investigation involving Rio 2016, the IPC, Rio police, medical authorities and cycling’s world governing body, the UCI, has been opened to establish the full circumstances of what was described as a tragic accident.

The Iranian flag was flown at half mast at the Riocentro venue for the sitting volleyball final, where Iran played Bosnia.

A moment’s silence was observed and Iran won the first set before a lapse in concentration allowed Bosnia back into the contest.

Iran – including Morteza Mehrzadselakjani, the tallest man in Iran, at 246cm (8ft 1in) – showed their class in the third and fourth sets to win 3-1. Jubilant celebrations followed as a country tinged with sadness finished the Games with a gold medal.

Earlier the International Paralympic Committee president Sir Philip Craven reflected on Saturday’s tragedy. “Yesterday’s passing of cyclist Bahman Golbarnezhad has caused huge pain in my heart and I can only imagine what his wife and his son must feel like, waking up this morning and sadly knowing that yesterday was not an horrendous dream,” Craven said.

The Iran team had a picture of Golbarnezhad with them for the medal presentation. Mehrzadselakjani later said: “When we heard this news yesterday we were very shocked.

“We made it our mission to win this and to devote this match to him and his family so at least it would be something to console them. We gathered last night together and we prayed for him. We prayed for his soul to be happy, to be in a better place.

“When we came here for the final we were holding his picture today. We devote this win and we give it to him, to his family. He was part of the team today with his picture. His soul was with us. We are happy for that.”