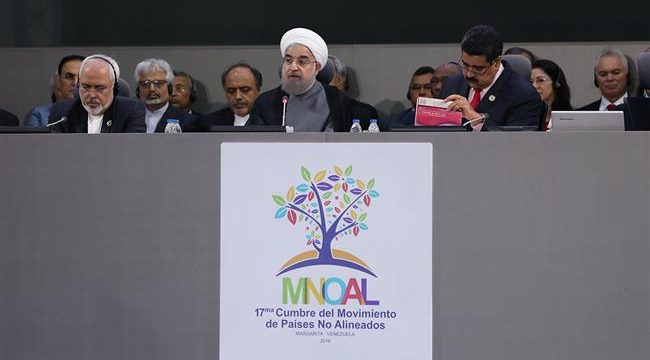 TEHRAN (ISNA)-The 17th Non-Aligned Movement Summit ended late on Sunday local time in Venezuela with a statement in which heads of member states deeply appreciated President Rouhani for its help and role in reviving the movement.

At the closing ceremony, representatives of regional groups of Africa, Asia and the Pacific, Latin America and the Caribbean, as well as Europe read out their statements.

The Republic of Azerbaijan was also elected as the next president of the movement, the next summit to be held in Baku. Therefore, Iran, Venezuela and Azerbaijan became the member of tronika of Non-Aligned Movement.

The two-day 17th NAM Summit was held on Saturday and Sunday with the theme of ‘Peace, Sovereignty and Solidarity’ in Margarita Island, Venezuela and the members discussed the most important international issues.