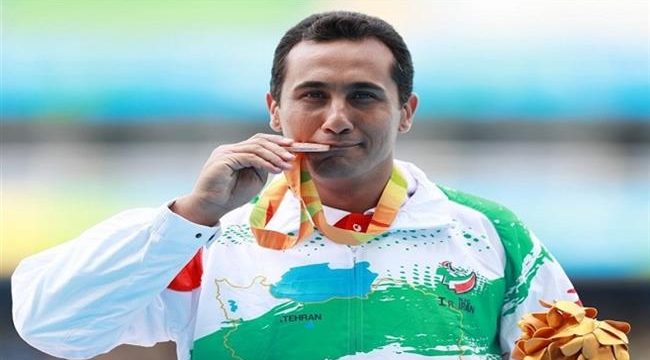 The 32-year-old Iranian athlete in his sixth attempt threw the discus 48.46 meters at Olympic Stadium in Rio on Thursday.

The South African athlete Hamman Reinhardt by throwing the discus 50.96 meters away and the Colombian athlete Lucumi Villegas Luis Fernando by throwing 49.19 meters away took the gold and silver medals respectively.