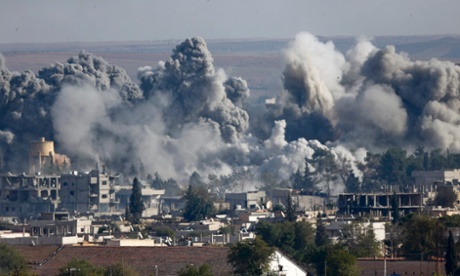 US, Turkey not likely to liberate Raqqa without green light from Iran, Russia

Commenting on the recent announcement of the Turkish president that “Ankara sees no problem” in joining forces with the US to free the Syrian city Raqqa from Daesh, Russian political analyst Boris Dolgov said that such an operation will be held only after consultations with Iran & Russia.

“Ankara and Washington are discussing military action on Raqqa, the capital of the Islamic State of Iraq and the Levant (ISIL, Daesh), Turkish President Recep Tayyip Erdogan has told a group of journalists on his way back to Turkey from the G-20 summit in China, where he had a tête-à-tête meeting with US President Barack Obama,” Turkish Hurriyet Daily News reported on Wednesday morning.

“Obama particularly wants to do something together [with us] about Raqqa. We have told him that this is not a problem for us,” it quotes the president as further elaborating. The Turkish leader said that Ankara has suggested the high-ranking soldiers of both parties could come together and discuss the issue. “What can be done there will become more concrete after talks,” he said.

“What can be done on the issue is related to the US stance.” Commenting on the above announcement, Senior research fellow at the Centre for Arab and Islamic Studies at the Institute of Oriental Studies of the Russian Academy of Sciences Boris Dolgov noted that such an operation won’t be launched without previous consultations with Iran & Russia. The political analyst said that even though Washington and Ankara have a solid case for liberating the Daesh stronghold in the region, they may still have ulterior motives.

In particular, he says, it might be an implementation of the “American scenario” of the solution to the Syrian crisis.

“Both Raqqa and north of Syria are the territories of the sovereign state and if the above plan is going to be implemented, Raqqa will find itself under Turkish control,” he told in an interview with RIA Novosti. “Turkey, in turn, is leading the units of the Free Syrian Army (FSA), hence it would mean that part of Syria would then find itself under control of the FSA.

And this would have far-reaching consequences,” the expert explained. Afterwards, Boris Dolgov said, using the presence of the FSA in the region, the US and Turkey might form an alternative leadership in the region and with its support lay down certain conditions to the country’s legitimate government. Dolgov is, however, convinced that it is premature to speculate on the launch of the operation.

“This operation will inevitably preceded by consultations with Iran & Russia. Russian Airspace Forces now partially control Syrian air space, thus there is a clear need in consultations with the Russian military leadership,” he finally said.