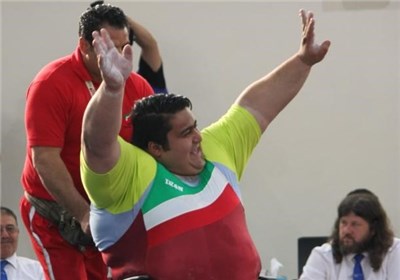 RIO (Tasnim) – Iranian powerlifter has been saving his best performance for Rio 2016, where he is targeting 300kg.

Concluding the final day of competition, and perhaps providing the most memorable moment, is Iran’s Siamand Rahman in the men’s over 107kg.

You will often hear the world and Paralympic champion referred to as the ‘World’s Strongest Paralympian’, International Paralympic Committee wrote.

It is a title that is fully deserved. In four years, the now 28-year-old has broken the men’s over 107kg world record no less than nine times.

His mark of 296kg is the equivalent of three baby elephants. But perhaps the most important, and unbelievable, thing to remember is that Rahman has been holding back.