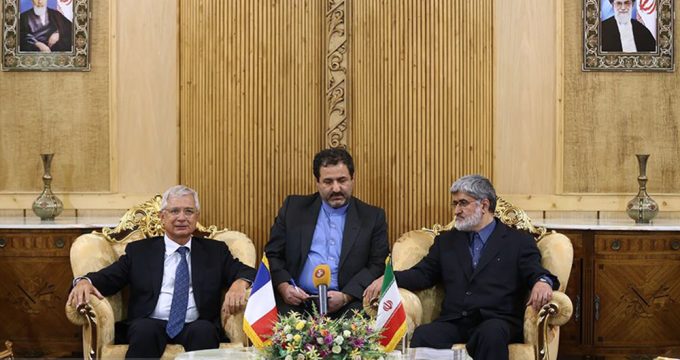 Bartolone was officially welcomed by Ali Motahari, Second Deputy of the Parliament of Iran, on Monday night.

Bartolone is leading a parliamentary delegation to Tehran at the invitation of Iran’s Parliament speaker, Ali Larijani.

During his four-day stay, the top French parliamentarian is scheduled to meet with Iranian authorities including Ali Larijani, President Hassan Rouhani and Chairman of the Expediency Council Akbar Hashemi Rafsanjani.

The two sides will discuss parliamentary cooperation and issues of common concern, including regional crises and the ways to manage and resolve the issues.